Spring sewing has begun in Kasey’s sewing studio!  She recently completed two skirts in linen and lyocell.  The classic silhouettes are great basics to start wardrobe planning for spring.  Thanks, Kasey!

I recently made two skirts in record time; the longest part was waiting for the bias to hang out before I hemmed them.  I made them both in about 5 hours (minus hanging time.) 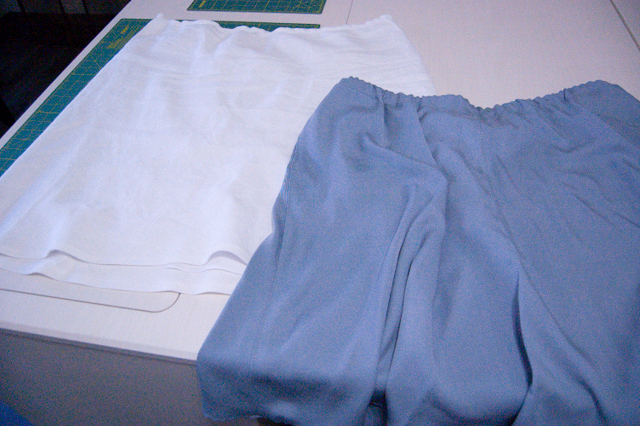 The first is made in Simply White Linen and is a copy of a skirt I used to have.  I wore that skirt into the ground for over 15 years and it finally gave up the ghost.  Luckily I managed to traced it off when I replaced the elastic for the third and last time.  It’s a simple straight skirt, cut on the bias and lined with batiste, also cut on the bias.  Using the bias is a nice way to make a long, straight skirt a little comfier since it will have some give.  It also makes a nice fluted edge on the bottom.  I used my serger for the major seams and outer skirt hem, and used my machine hemmer foot (rolled hem or handkerchief foot) to make quick work of the lining hem. 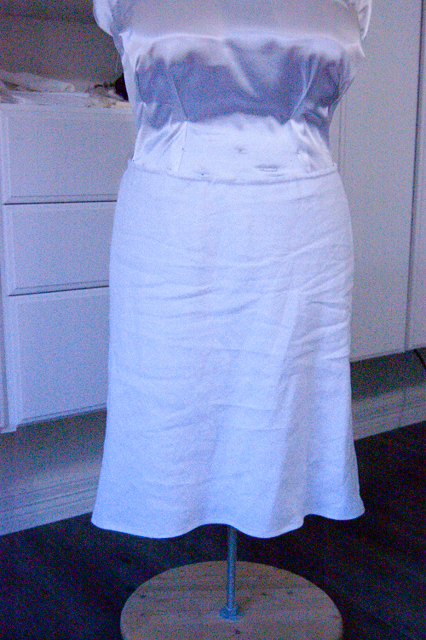 The second is a semi-circle skirt made from the Chambray Lyocell Twill from last fall.  I used Kwik Sew pattern K4137. 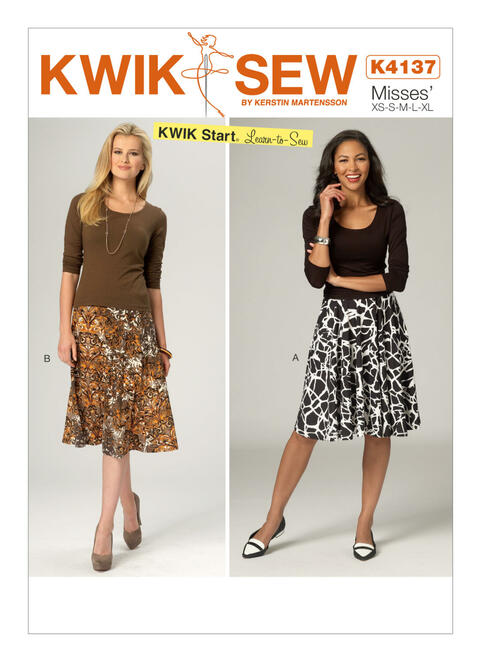 It’s a misses pattern I graded up a size to fit me better, and I added a hand-drafted in-seam pocket.  It’s a very simple skirt, with set on waistband. 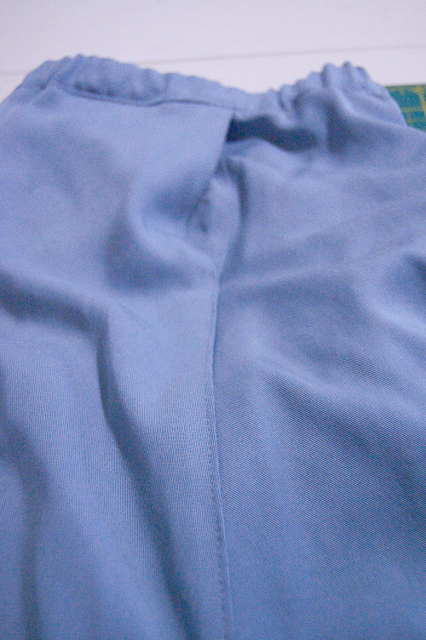 I even took the time to edgestitch along the side seams and the inside and outside of the pockets.  A tip for the lyocell twill; it ravels very easily, so you need to encase the seams in some way.  I used my serger for the seams and pocket bags, and did a double turned narrow hem for the bottom.  Use French seams, flat felling, a serger or an overcast stitch to keep the pokies at bay.  I thought the twill would be heavy, but it’s actually quite lovely to wear – it feels like a sueded silk. 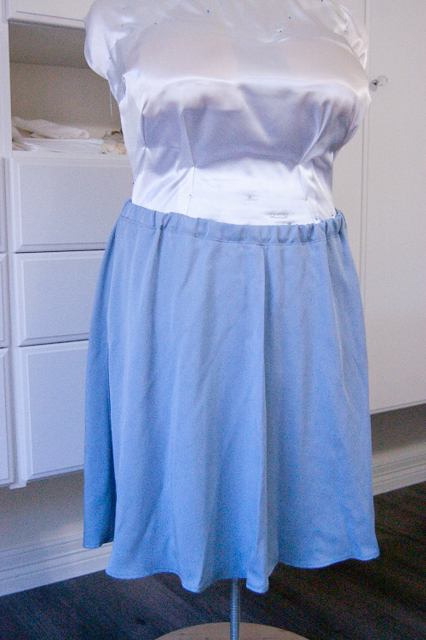 Grab some linen or twill and make a quick pull-on skirt – it’s gettin’ warm out there!