Wearing white after Labor Day is no longer a fashion faux pas!  Kasey made a white skirt using a heavy 16oz Ponte Knit.  The weight of the fabric will take her through the winter.  Thanks, Kasey!  You can follow Kasey at Kasey Sasser Embroidery and Gifts. 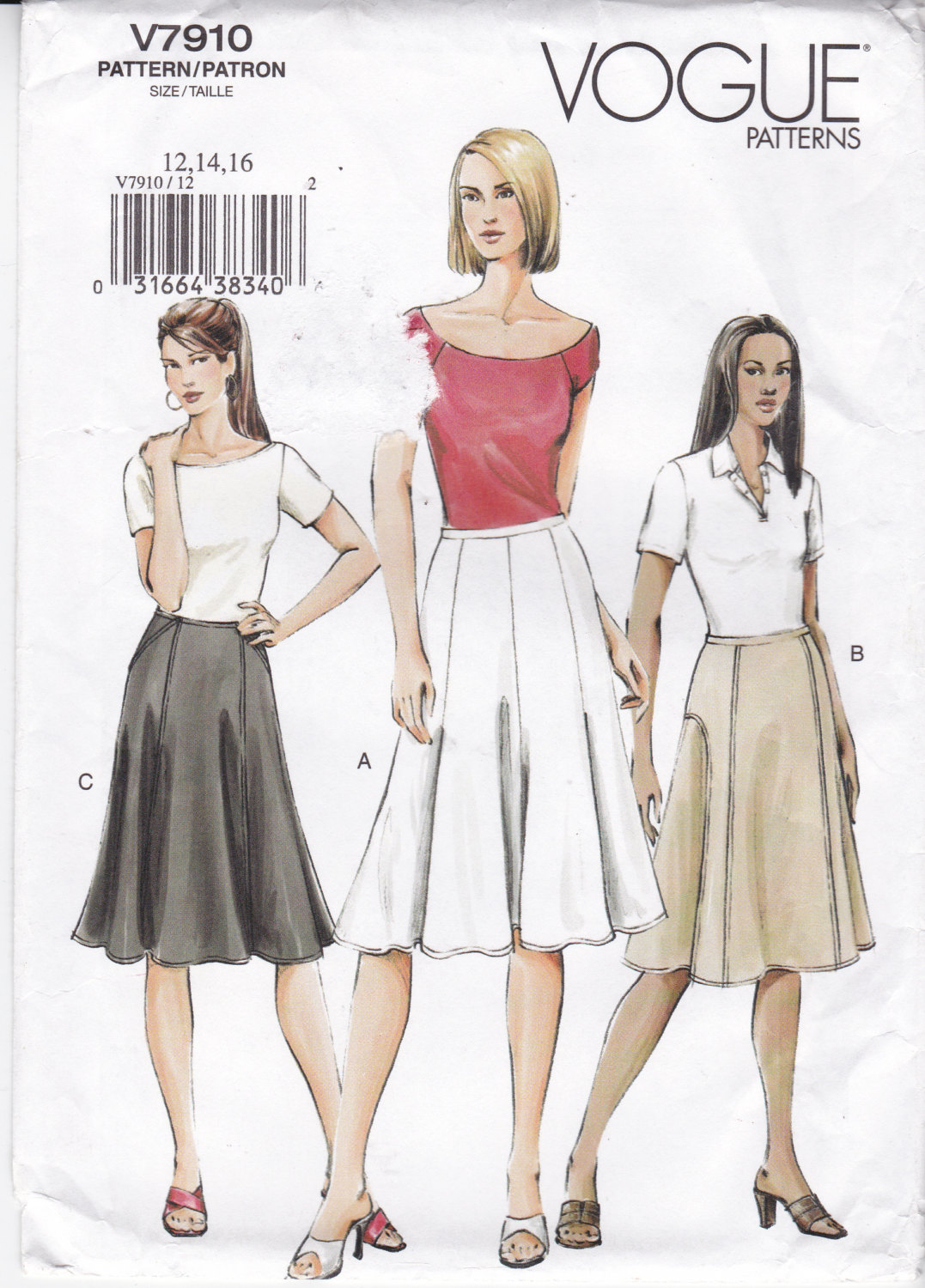 I’m really starting to love this 16oz. ponté! The more I sew with it, the more I learn about it. My latest make is my old friend V7910, view C (OOP.) I wanted another white skirt for summer, but something different than my current linen and cotton white skirts. While I think the finished skirt is a bit heavy for the hottest parts of summer, the weight of the ponté makes it a perfect transition piece into fall or from winter into spring. 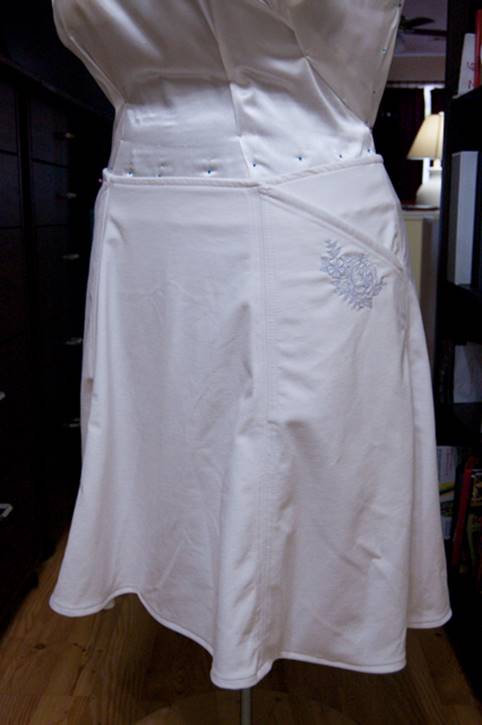 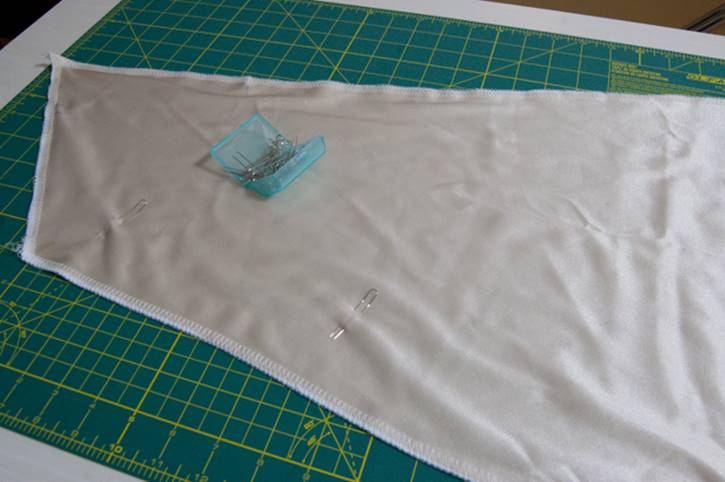 Roz suggested lining it even though it’s pretty thick, and she was right; you can still see through the white (I don’t think the colored pontés would need lining generally) so I chose the tricot in beige. Then I decided to get really crazy and use it as an underling instead of a lining – and I serged the two layers together. Did it work? It was OK; the tricot slipped some even with the differential feed on my serger turned up, but nothing earth-shattering, just a couple of tiny puckers here and there. Using those wonderful clover forked pins (temporaily sold out) really helped! 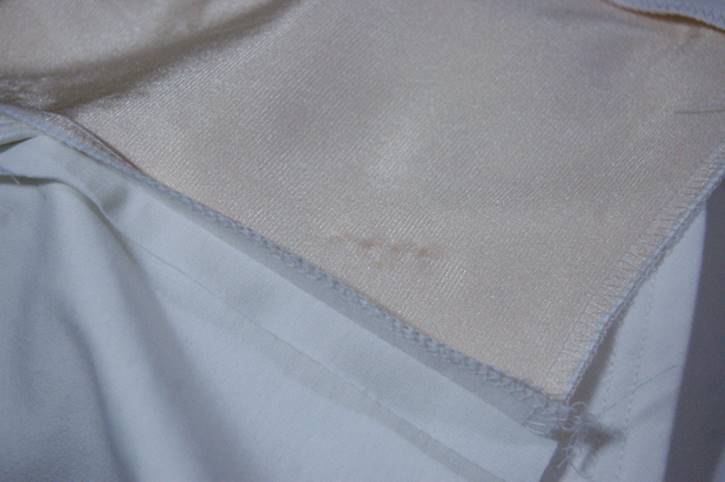 One thing I noticed about the ponté is that it really likes to be pressed, unusual I find for a knit. Press it well and use a clapper or ham – don’t be afraid to steam it! What didn’t like steam was the tricot; again, nothing terrible but it did cause a few little “melted” spots and puckers right under the iron’s steam holes. If you’re more careful than I am, you can probably avoid that. 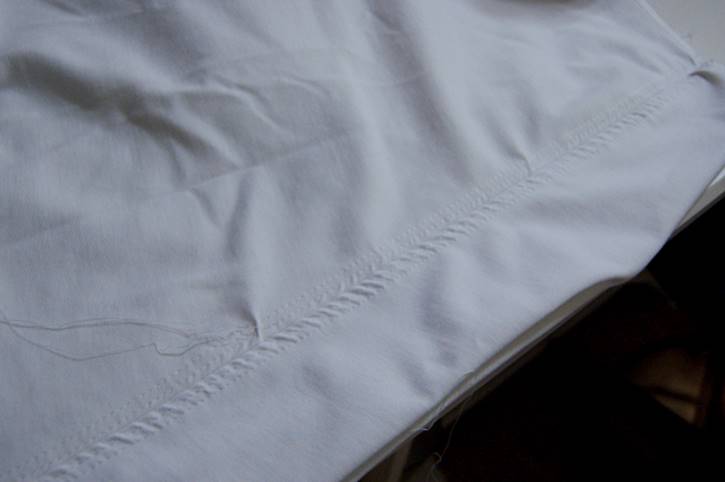 The only place I used my regular sewing machine was for the vertical skirt seams; this was so I could press the seams open and topstitch down each. The topstitching and most of the assembly was done with my serger – just because I could! Too I think the double line of topstitching adds to the casualness of the fabric. Speaking of topstitching, my first pass was done from bottom to top, that is wide to narrow as we are taught to do… don’t do that. Perhaps because of the angles that the skirt panels are cut on, it got ugly (first picture.) I turned it around and stitched top to bottom and it came out perfectly smooth (the pin in the second photo is just to give my camera something to focus on.) 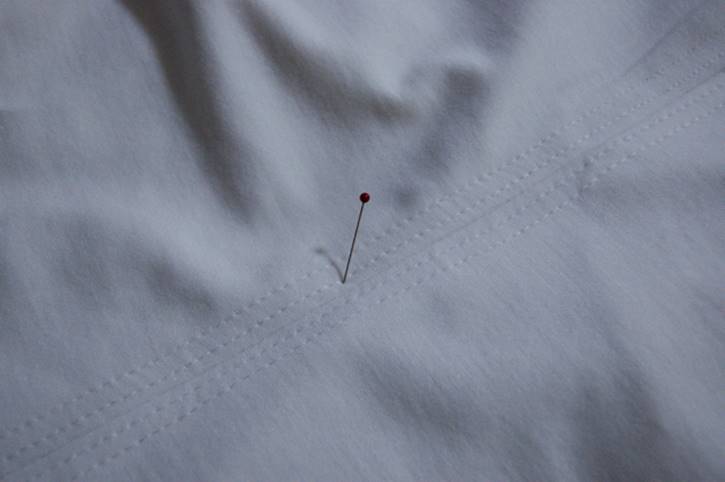 As you can see in the main photo, the facing shows through. I don’t know if it’s because I used a rolled hem to finish the edge (serger rolled hem), or just the thickness of the fabric. I’ll wear this with untucked shirts so it’ll never show, but if your pattern calls for facings you may want to think about that or consider another finishing technique. I used the white knit fusible on the reverse of the facing to add some stability, 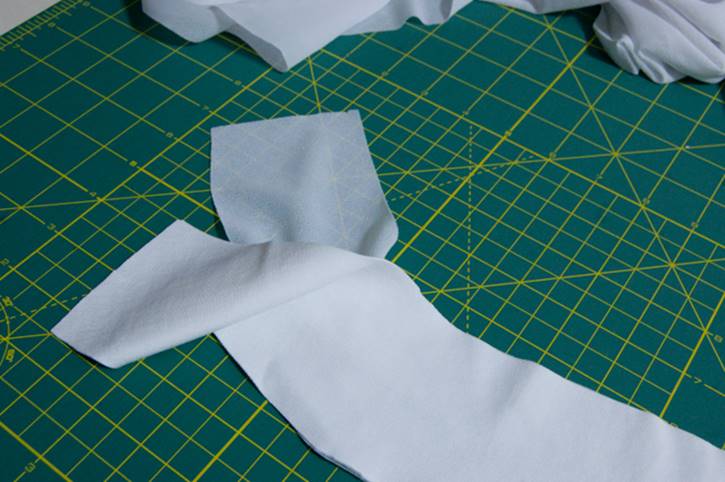 and a softer stay tape than my usual twill for the waist and top of the pockets. 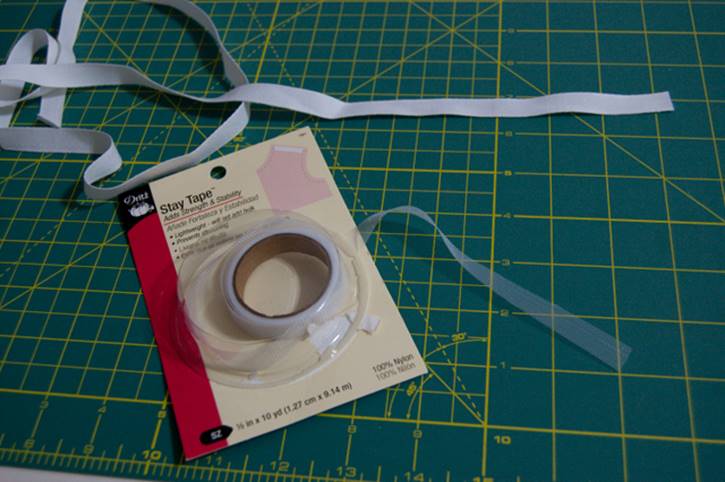 Unfortunately, I forgot that between the weight and stretch of the fabric, I should have gone down a half size in the waist. But I’ll wear it a couple of times and if I feel it’s too loose, I can always stitch in the heavier twill.  And what’s a fun summer skirt without embroidery? This bit of pocket candy was mostly to distract from the black mark on the right pocket… I forgot to cut around it, but I was able to flip it over and you can’t really see the mark anymore, but it made a good excuse to have some fun! 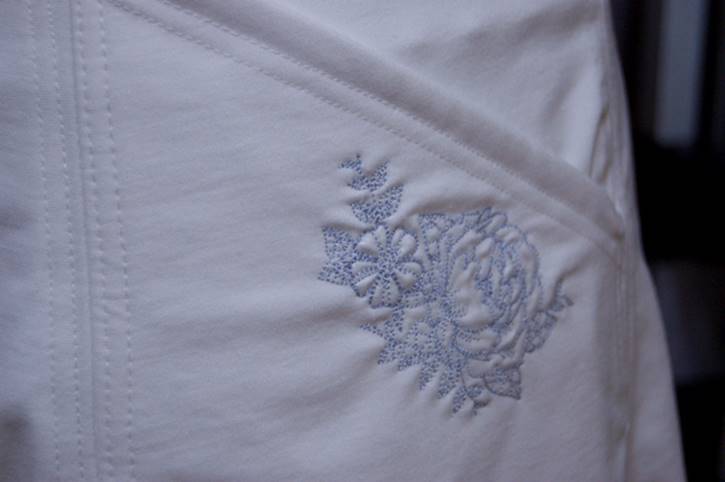