Samina artfully put together the three primary colors red, blue and yellow in a classic t-shirt.  Just so happens she wore it on primary election day in Texas!  Thanks Samina! 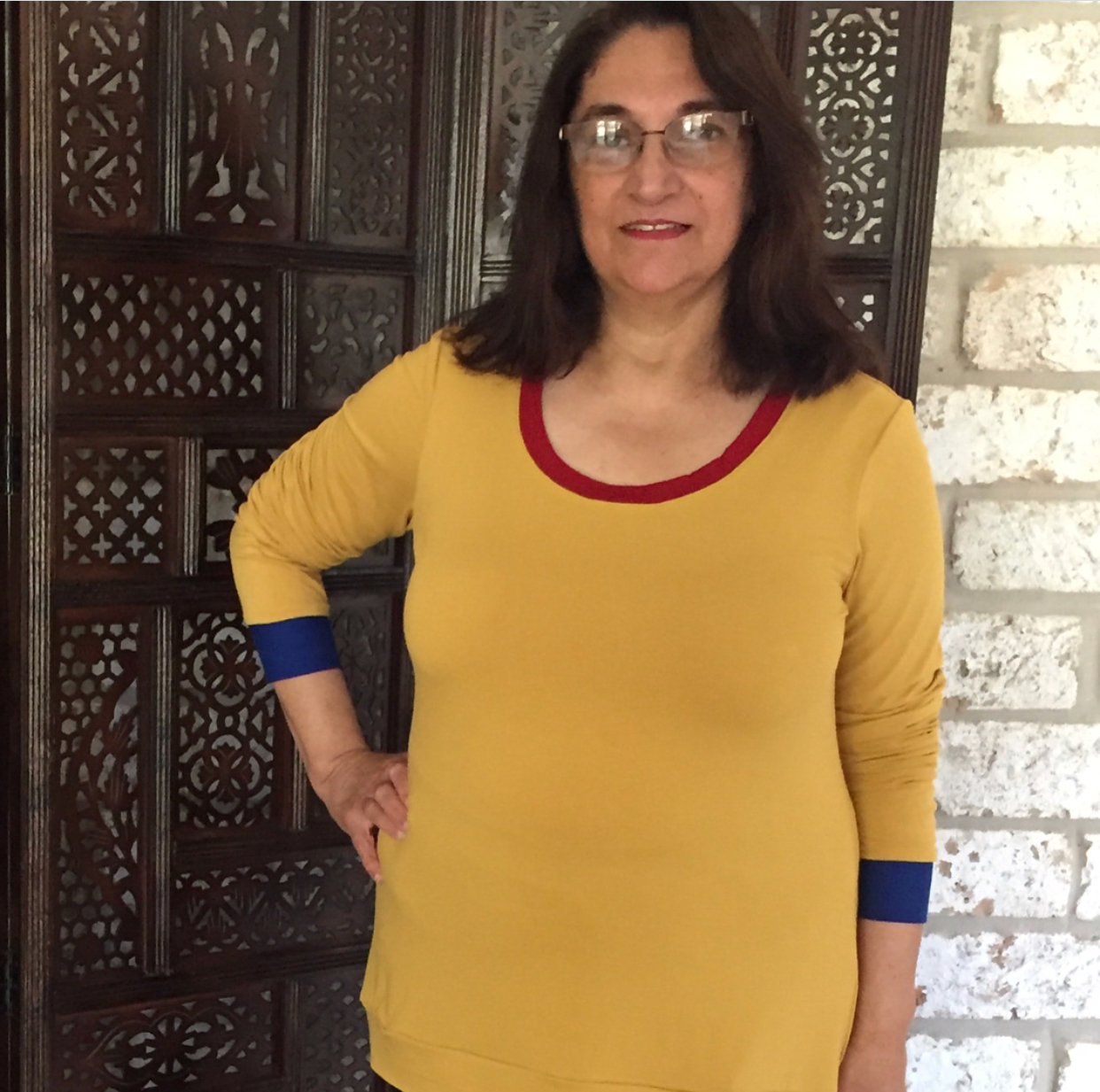 March 6, 2018 was primary election day in my state and I was dressed in “primary” colors; yeah – so literal that I was rolling my eyes at myself. But, it’s kind of fun to dress literally for the occasion.

This pile of knits was ordered recently from Sew Much Fabric without any thought to the election season, or to the primary colors of the color wheel; yet, here we are. 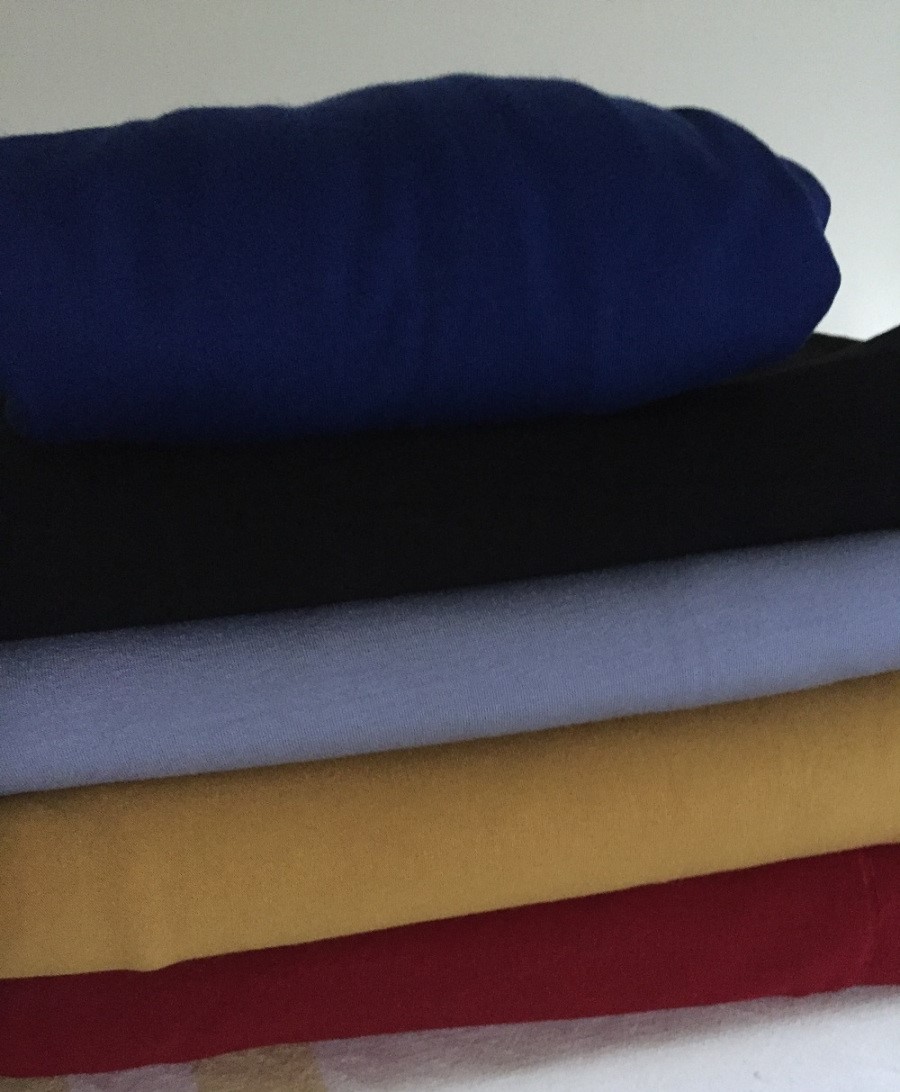 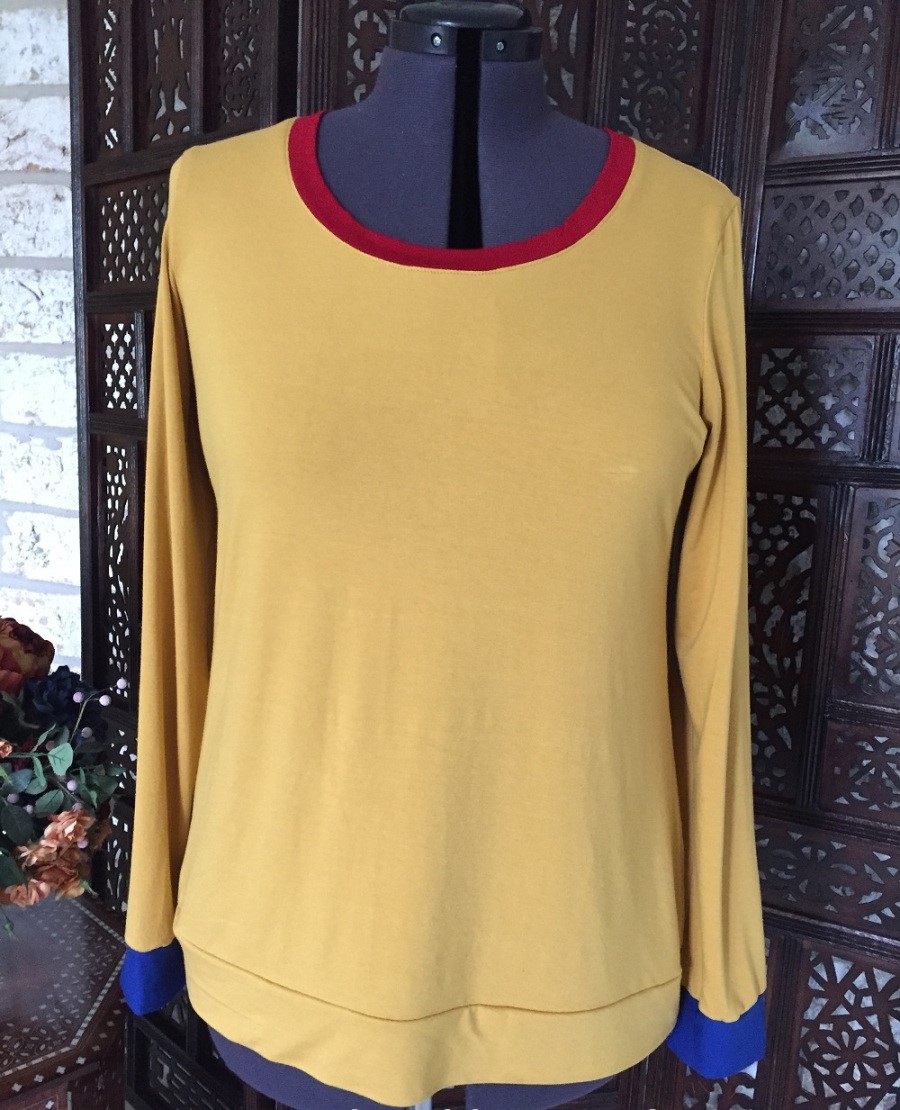 Initially, I was going to use black knit for the neckband, the sleeve cuffs and the hem band, just for some contrast; because, this beautiful shade of golden amber doesn’t do any favors for my skin tone. But I love the color and black trim at the neck might be kinder and gentler.  Then plans changed and I used red for the neck band; and then, things took another turn when I used the cobalt blue for the cuff bands. Now the combination of colors became worthy of Tuesday’s primary elections!! 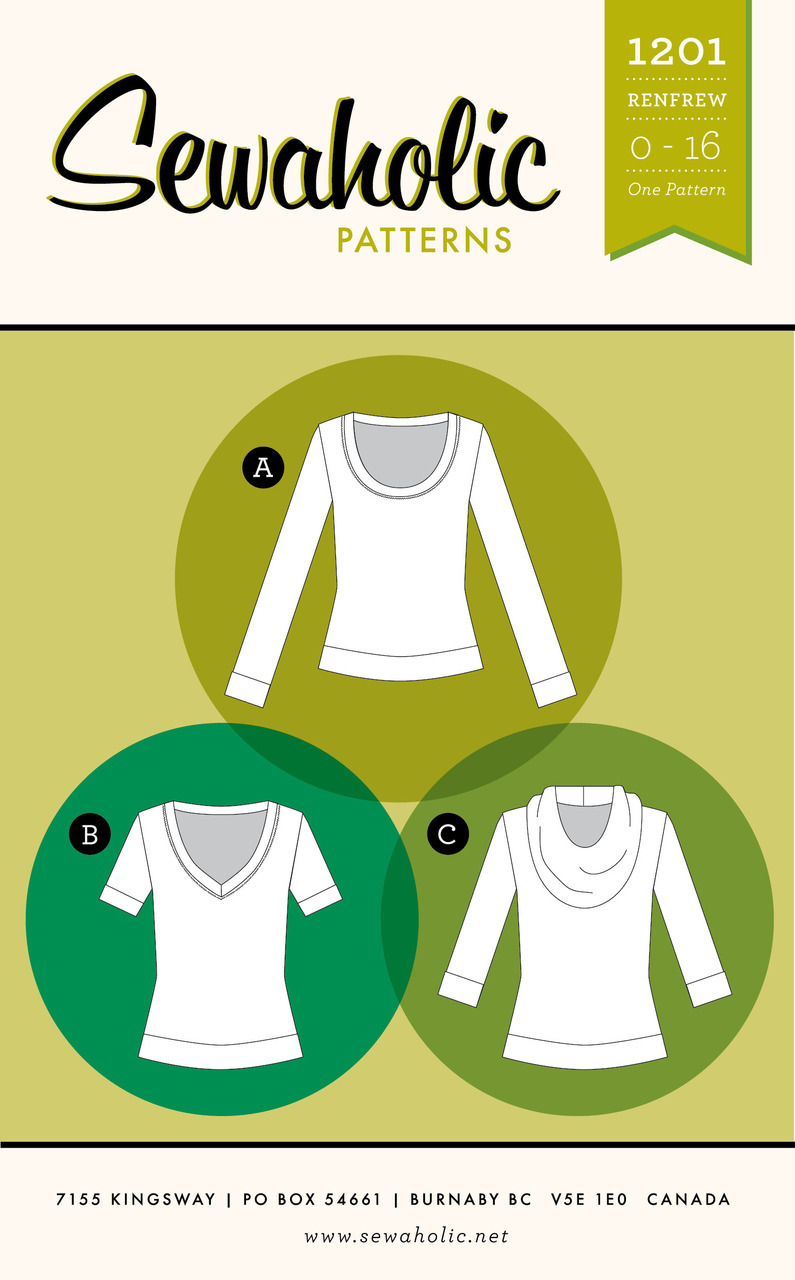 My go-to knit top pattern is the Renfrew from Sewaholic Patterns, and the “primary” top was the seventh time I’ve used it. I still wear the last six pieces and have been wearing them since 2014.

So, readers, many of us make it a point to wear certain items and colors on certain holidays. Red and green on the Christmas holidays, Red on Valentine’s Day and so on. I  took it a bit further to wear primary colors of the color wheel on primary election day. (It should be declared a public holiday, in my opinion.) Now, to plan a piece for wearing on the general election day in November – red, white and blue?  What’s the point if you can’t have fun with your self-sewn clothing?