I’m loving this TNT pants pattern Samina made using the Midnight Black Ponte Knit.  Even though she had a few hiccups along the way they turn out great!!  You can follow Samina at Sew Everything Blog.  Thanks Samina!

A tried and true pattern, (also referred to as TNT) can be a dangerous thing. It can make a sewer too cocky for her own good. It happened to me recently with this project. 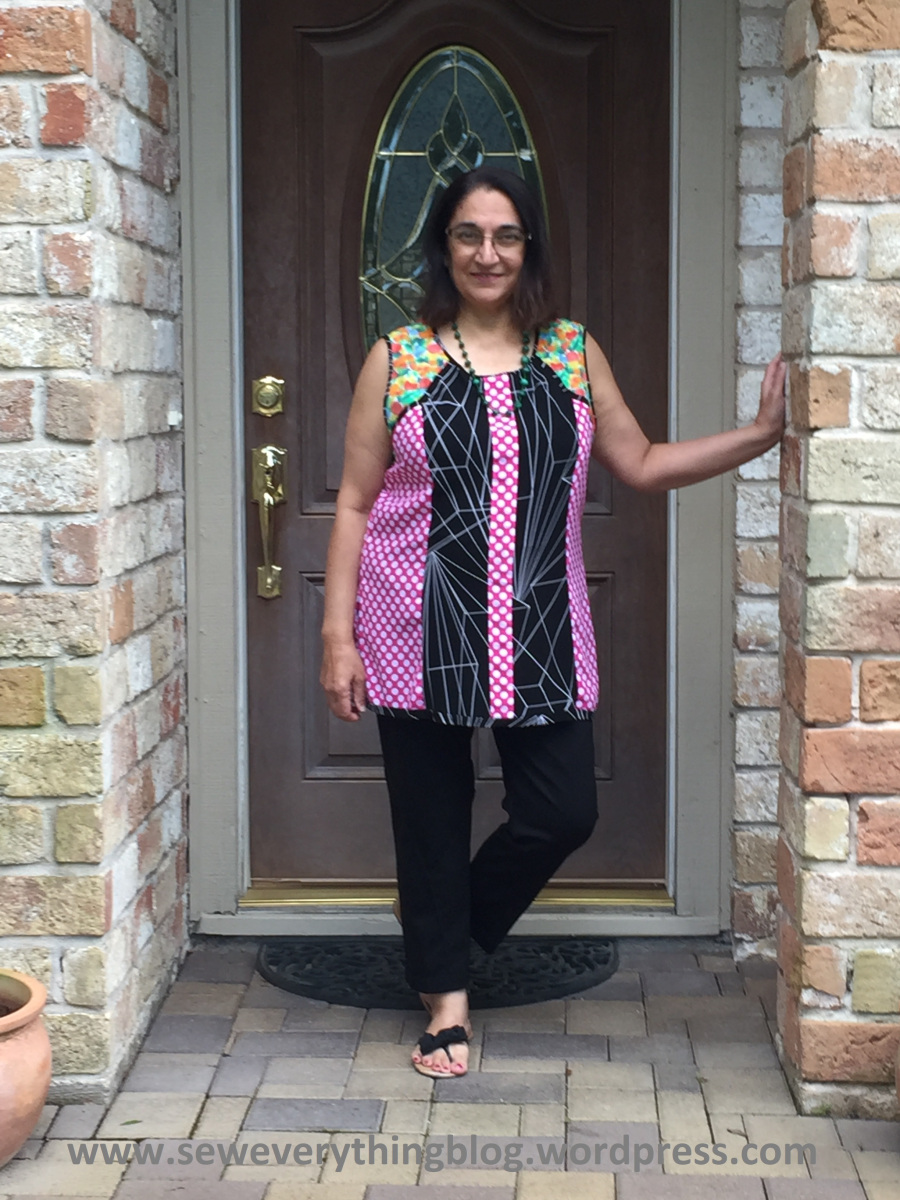 I’ve made (and almost worn out) pants with Vogue 1411 seven times to be exact. With this, the eighth pair, I became over-confident in assuming that I could finish all cutting-to-wearing tasks in a very short time.  Wrong!!!  The rush was the direct cause of some errors; fortunately, they were caught before creating more havoc. The lesson is that these pants could have easily become a “wadder”.  Then I would have had to go back to Sew Much Fabric to order more. 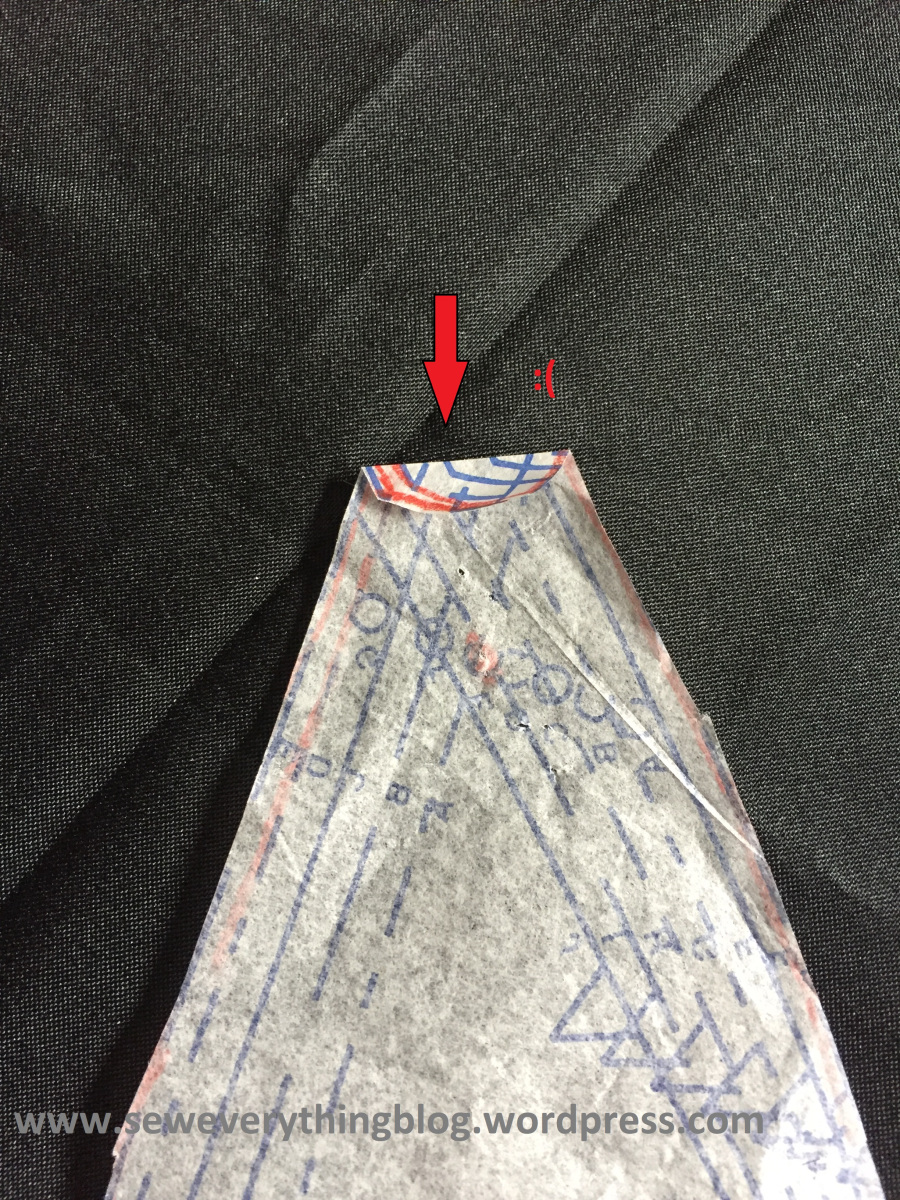 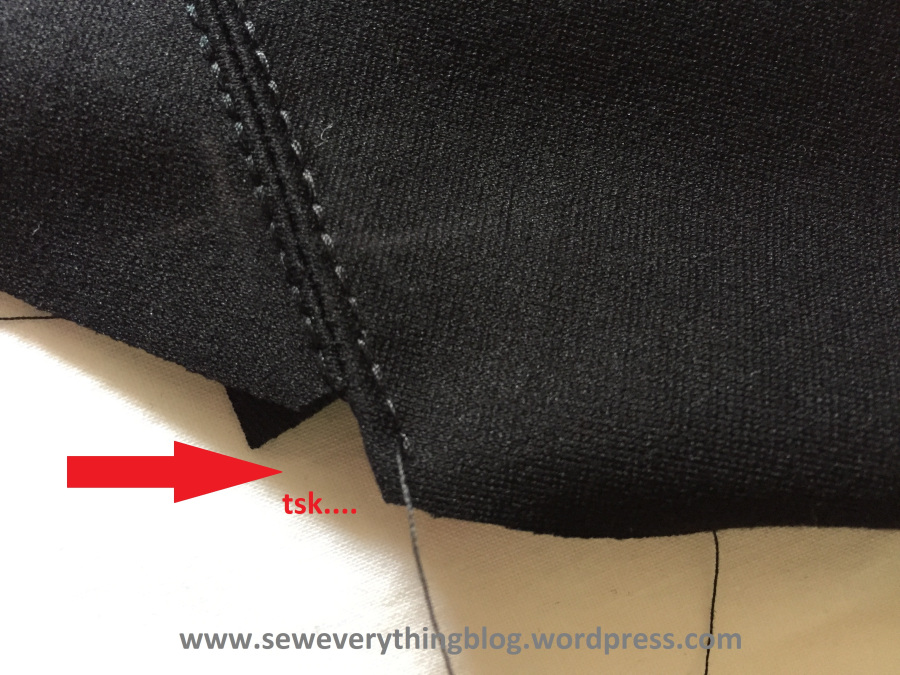 It’s always a good idea to iron out the pattern with a warm, dry iron to smooth it out. Creases and wrinkles in the paper are not ok.  This time I neglected to do that and guess what. There were two edges in the pattern piece which were folded over slightly – and I cut around the folded edge without realizing that. Fortunately, the seam width could be adjusted and no real harm was done.

At this point I became very careful, and slowed down to check and re-check everything. Guess what, the pants got done faster than my usual turn around for sewing projects.  Like Mr. Turtle whose slow and steady progress won him the race against that upstart Mr. Hare. 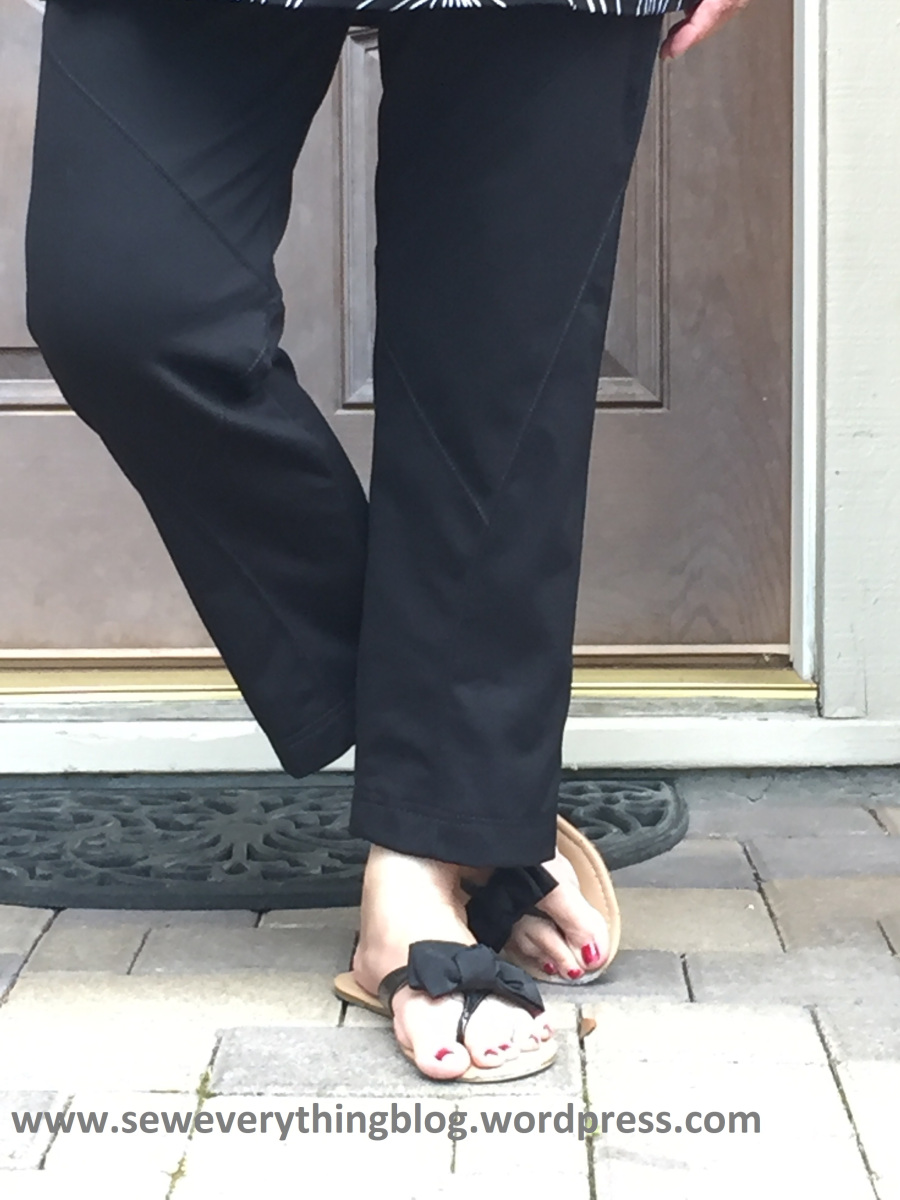 The only minor change I made to this pattern was the length, which I shortened by 3 inches. Two inches were removed by tucking up the lower pant leg pieces below the knee point, and the last one inch by shortening the hem. I like this length! What do you think?