What a chic wrap Samina made!  Perfect to wear for the cooler mornings or whenever you feel chilly in places like the movies or a restaurant.  You can follow Samina’s sewing adventures at Sew Everything Blog.  Thank you Samina! 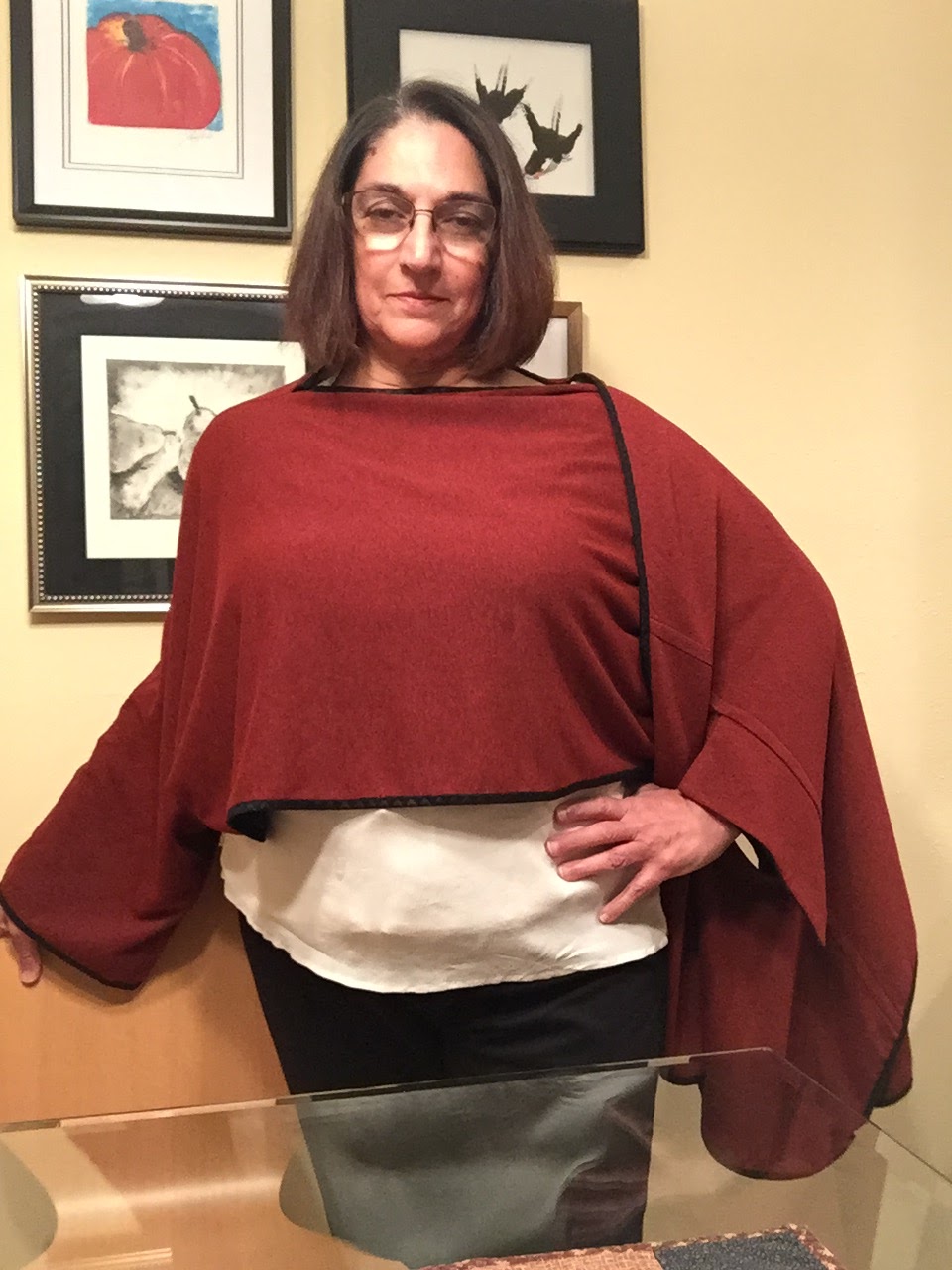 Hi Readers, is this a cute wrap or what!!   Its stylish and practical, and seems cozy enough for very mild winters in my area. 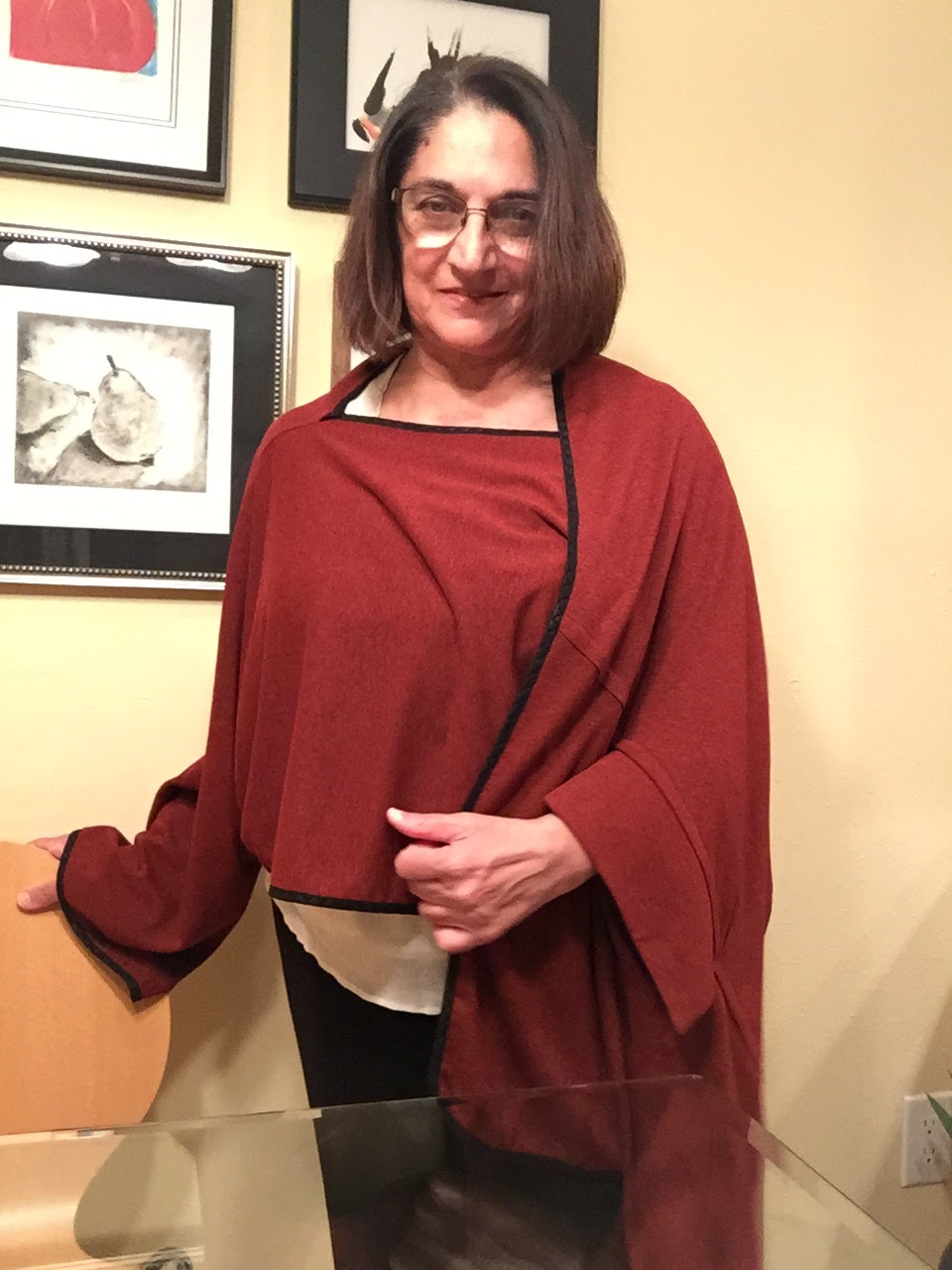 It has a sleeve for one arm and the other arm is put through an opening which is hidden under a flap. Slick! Or, the stole can be thrown over the shoulder instead of the arm going through the opening. The pattern is from Decades of Style pattern company which reproduces vintage styles for the modern seamstress. This is a reproduction of a 1950s look.

So, you know me, right? I complicate perfectly good things. The stole is lined, but I decided to keep it unlined to showcase the two-sided feature of a knit (Sold Out) purchased from Sew Much Fabric. Also, it would serve as a “wearable muslin”, should I decide to make a lined version.

My plan was to make the three seams into fake flat felled seams. Why not a real flat felled seam? Because the knit fabric is a tad lofty for the layers formed with a real FF seam.  To make the fake FF seam, I stitched at 5/8”, trimmed one side down to ¼”, pressed the other (5/8) over the trimmed layer without folding as it’s done in real ff seams, topstitched evenly down the seam, and trimmed again close to the stitching. That worked ok, but just ok. This is was a “meh” moment. 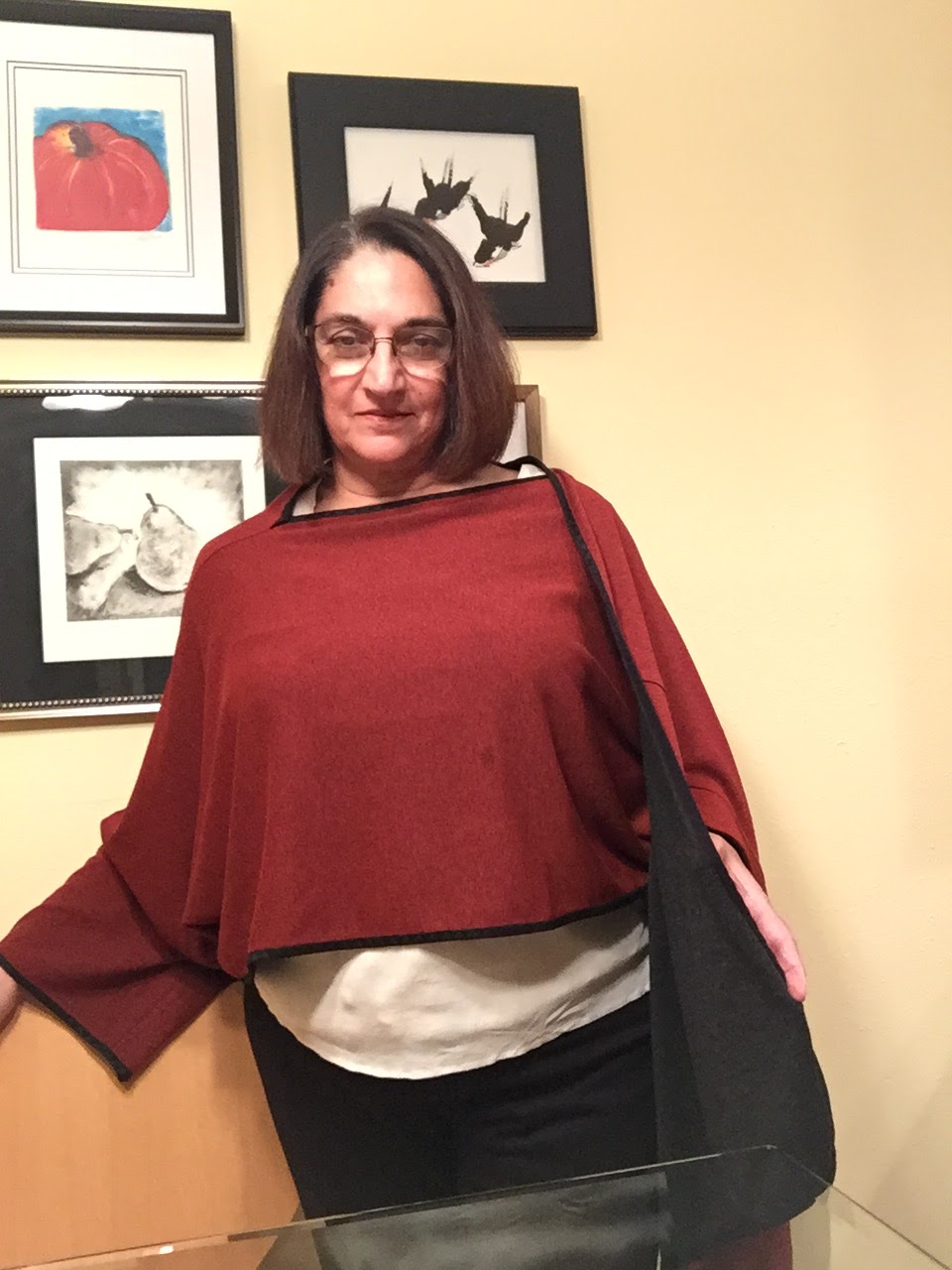 The other decision involved finishing the stole’s edges – and there is a mile of edges. Just turning over and sewing a hem will take away the reversible look, which is looking like a distant goal at this point.  I could leave the edges raw since knit will not ravel. Or, I could use fold-over elastic. Or, I should forget about making this wrap reversible. The fold-over elastic won. But, I have another question: how do you finish off the ends of the fold-over elastic? To end it all, this wrap is not reversible. Sorry.

The wrap feels great when it’s on, and I feel good in it.  Now, on to the lined version plan.