I had this particular Vogue Pattern magazine. I just loved (and still love) the wrap dress. I made this pattern and wore it for my junior class picture. Unfortunately, I don’t know where the dress, pattern or pictures could be.  🙁  Thanks Andrea for the memories and for writing this brief history on DVF and the wrap dress. 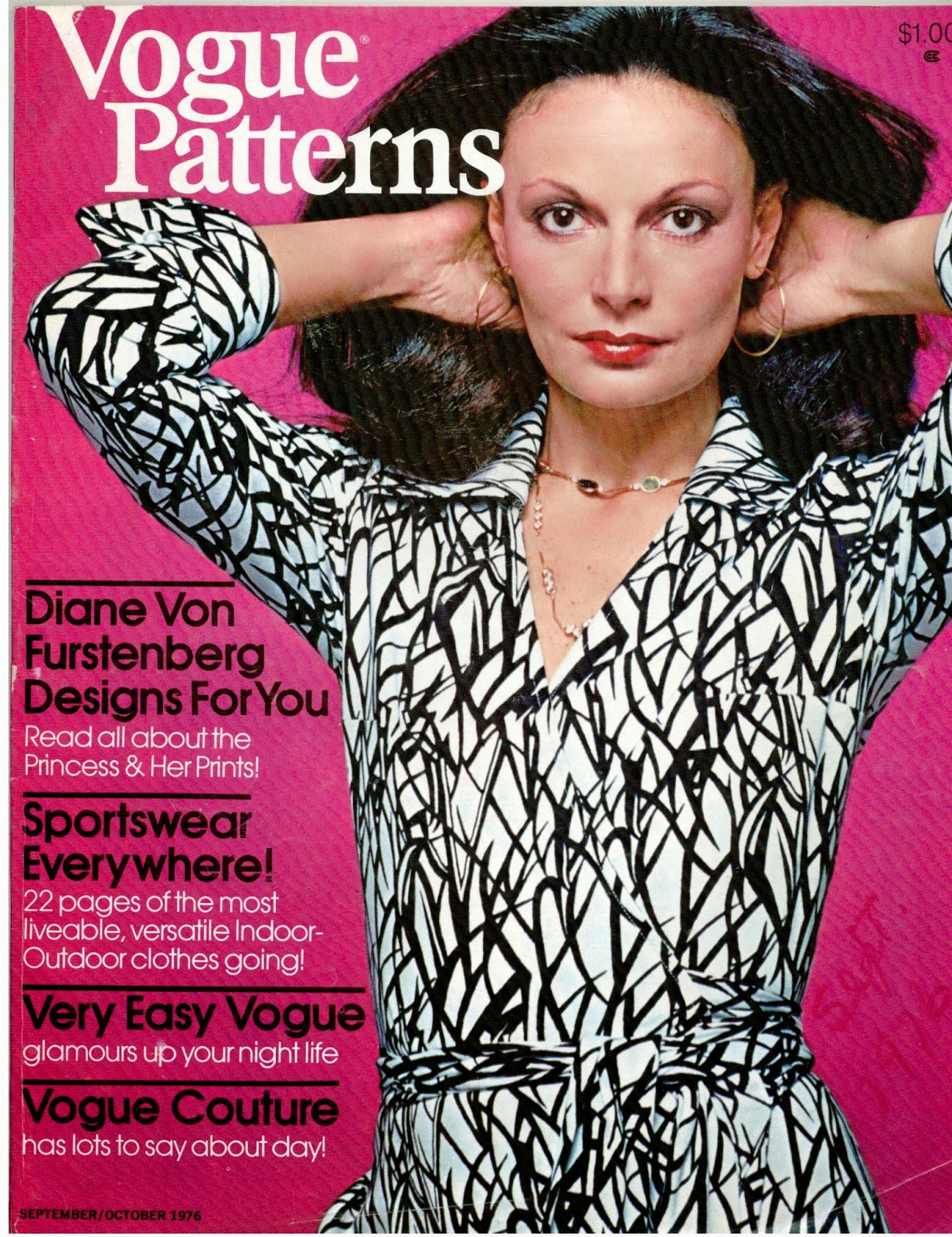 Fashion evolves daily, however, there is one staple that has yet to leave the closet and resurface years later – the wrap dress.

It was 1974 when designer Diane von Furstenberg just simply wanted to create a piece that was bold enough for work and sexy enough for play. Henceforth the revolutionary idea of a printed jersey knit dress came to life, and the woman behind the idea was even more extraordinary. Obviously Diane accomplished her goal, because by 1976 she sold over five million wrap dresses.  That same year, she graced the cover of numerous major magazines including Newsweek Magazine, which dubbed her “the most marketable woman since Coco Chanel.” 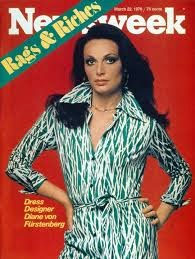 The wrap dress was birthed during an era of change and empowerment, which didn’t exclude women.  Women were as striking as men during those times.  They were feminist and proud independent women that were in need of something to wear that complimented their power and new found attitudes.  Diane had the cure.  Inspired by a simple wrap top and matching skirt worn by ballerinas, she implemented unique prints and bold colors and turned the top and matching skirt into a dress and like so the wrap dress was born.  When it came to her designs Diane always tried something new.

26 year-old Diane knew what women wanted and needed when it came to clothing.  She knew that no two women were crafted the same.  She chose prints and jersey knit material to hid things that were not meant for the public eye and shine light on areas that women wanted to express.  Like the hips, breasts and legs, and essentially the wrap dress became the must have staple for any independent woman. 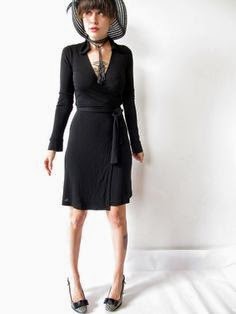 This year DVF celebrates 40 years since the first wrap dress was revealed to the world, and in honor of the iconic dress Diane toured the world with an exhibit entitled DVF 40: Journey of a Dress, Diane von Furstenberg.  The exhibit showcased some of her most beloved wrap dresses, including the first ever wrap dress. 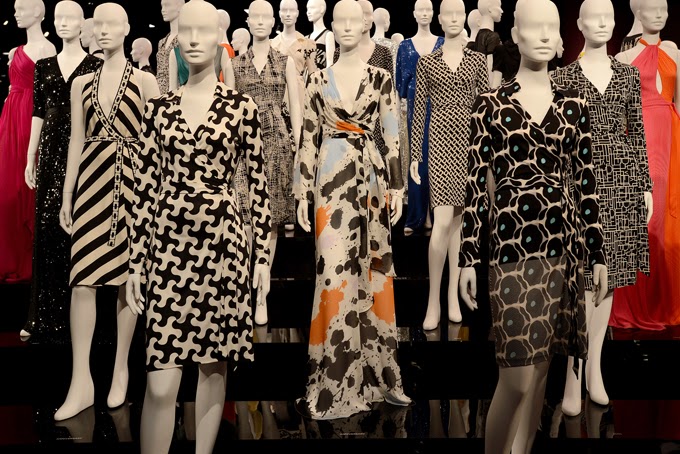 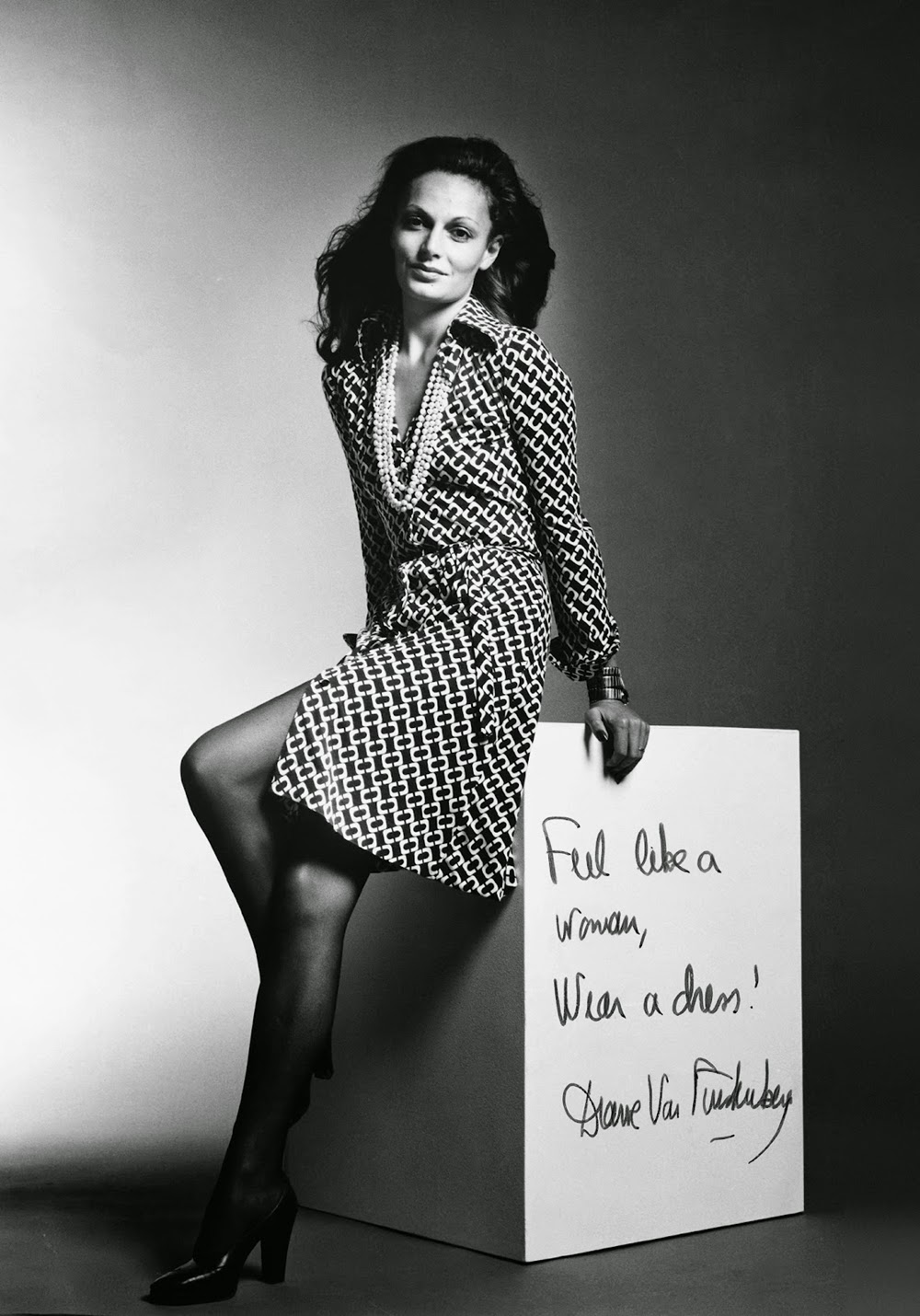 While living out her most famous quote “Feel like a woman, wear a dress”, try using Fancy Leopard Matte Jersey in a maxi length wrap dress.  Or if you are looking for a fabric with a more modern design try Red/Brown Chain Knit or Scallops.

Andrea Henderson is a fashion writer for Empower Magazine and her own magazine-style fashion website.  She features tips for fashion trendsetters and the fashionably challenged and covers the fashion scene in her hometown of Houston, Texas.  Andrea wants the world to know that Houston is more than cowboy hats and boots.