I bought this Glacier Grey Knit from Sew Much Fabric

(sold out) and decided to make a sweater out of it for the winter season.  I was pregnant so it needed to be loose and comfortable.  I would make another one out of the Amber Knit that is still in stock but I worry that the color would wash me out since I’m so fair skin.

The following picture was the inspiration for this fly away cardigan. 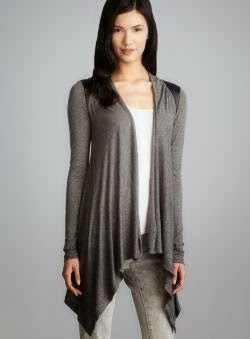 I used McCalls 6708 as my foundation and made my own custom modifications as I went. 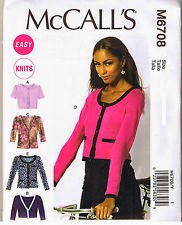 The following alterations were made to the pattern.

Back and front necklines were extended along the shoulder for a closer neck edge.  Next time, I will add another inch because it still isn’t as close as I would’ve liked. So, I had to add a band along the entire front for more depth.  I guess it became a nice design feature. 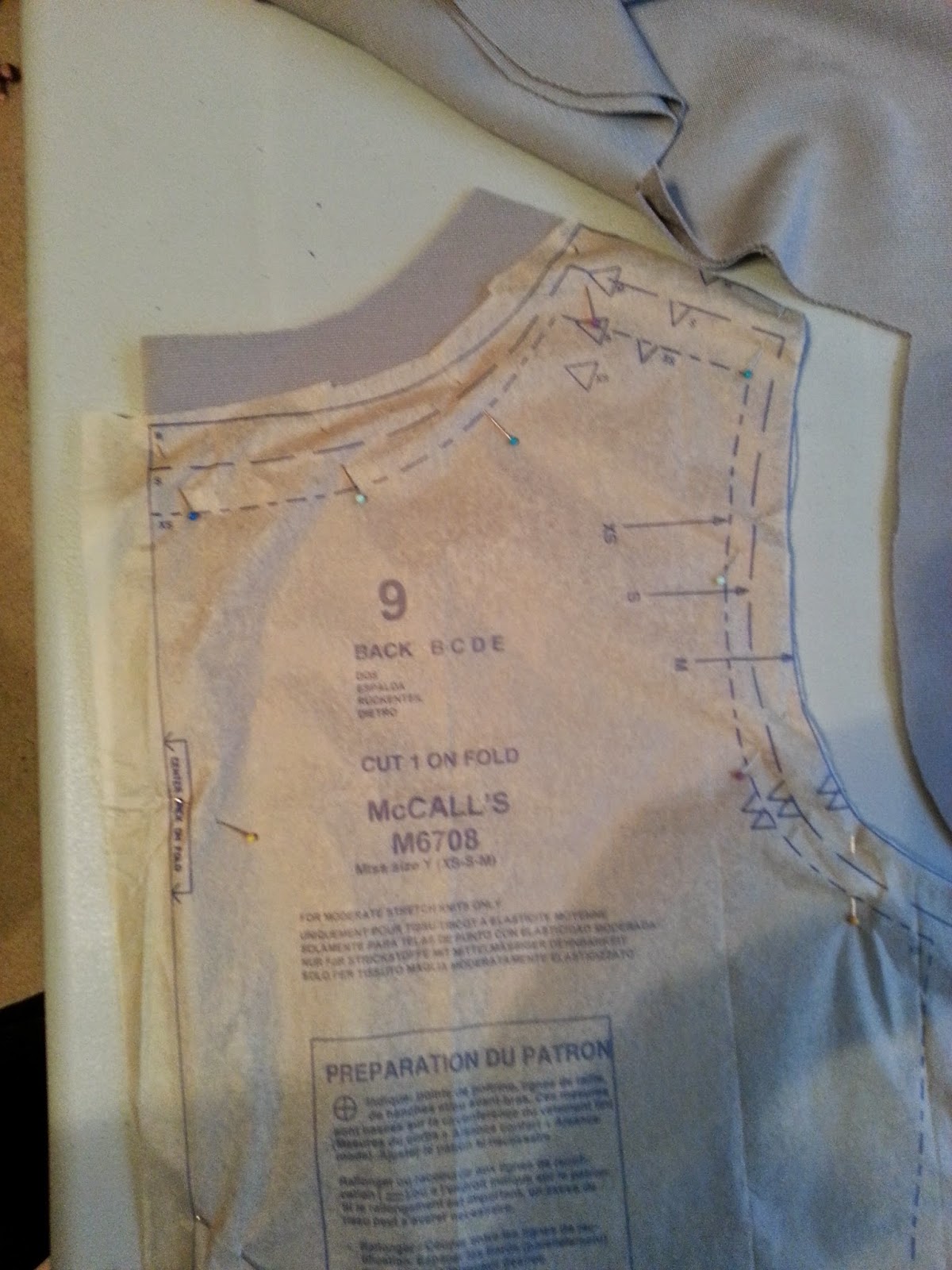 Front fly away cardigan angles were added and lengthened for a more draped look.  You can see my chalk drawn design extended from the front pattern piece in the following picture. 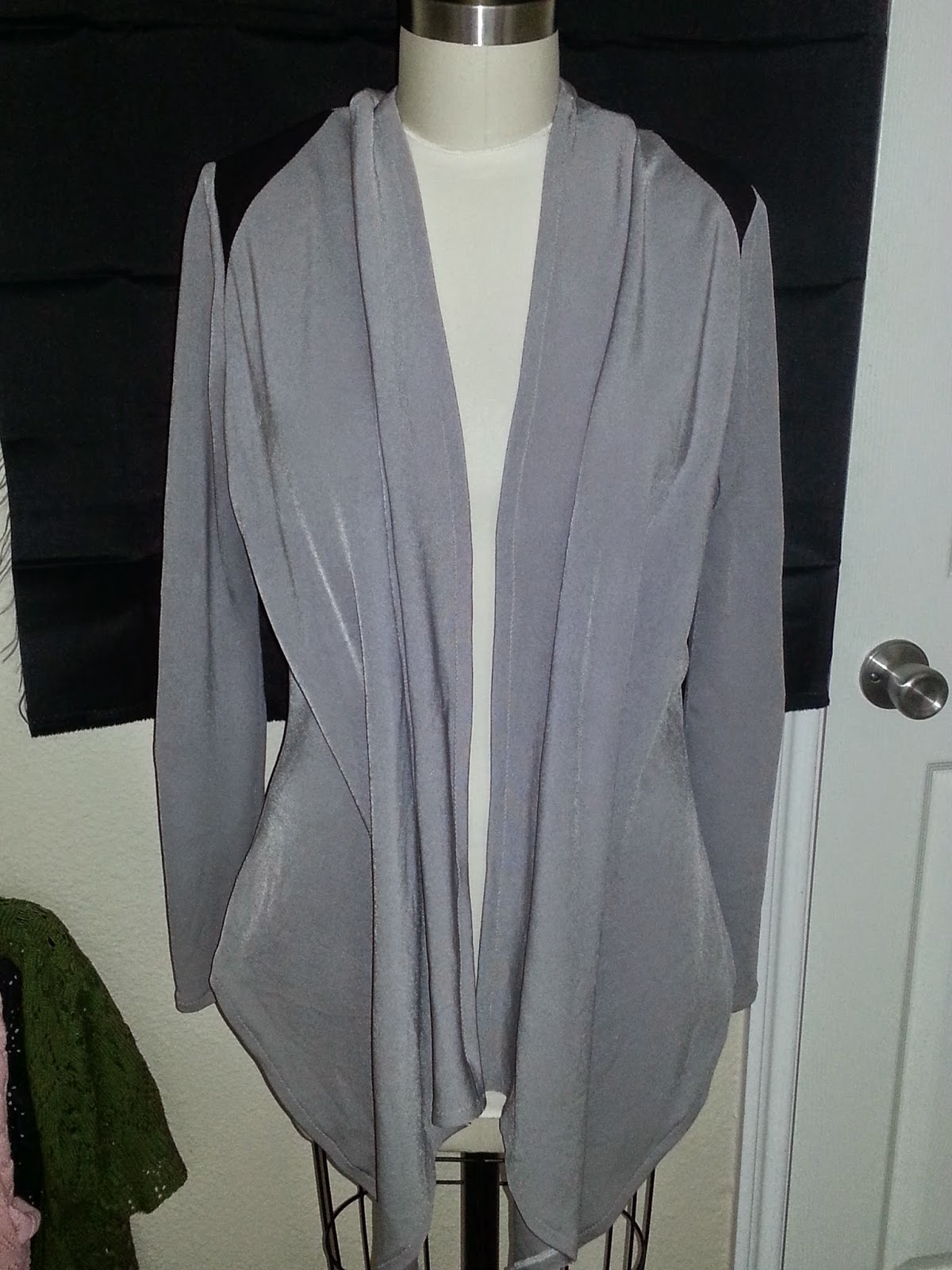 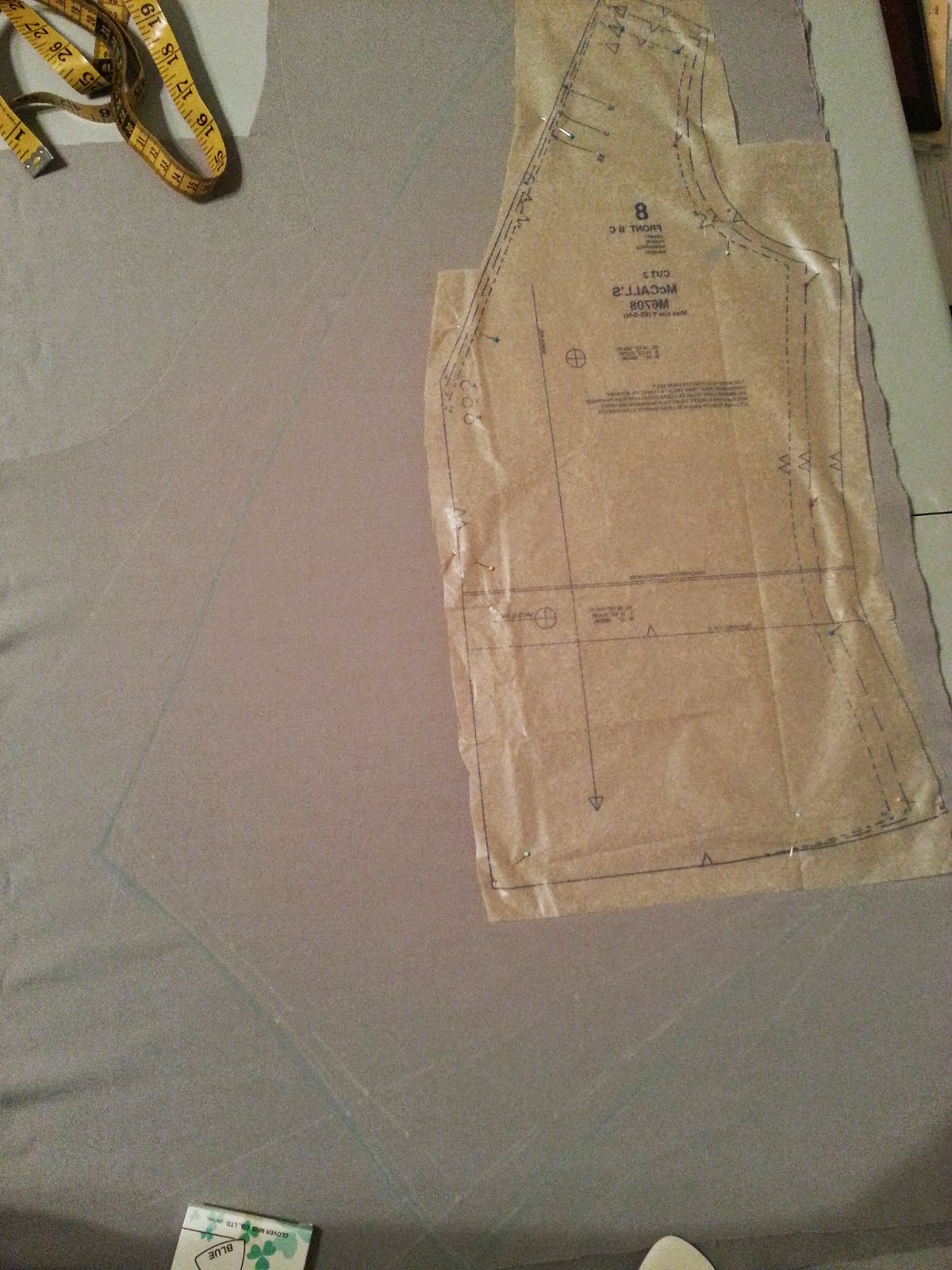 Shoulder corners were sliced off and replaced with a blocked design.  The black was some chiffon I happened to have. 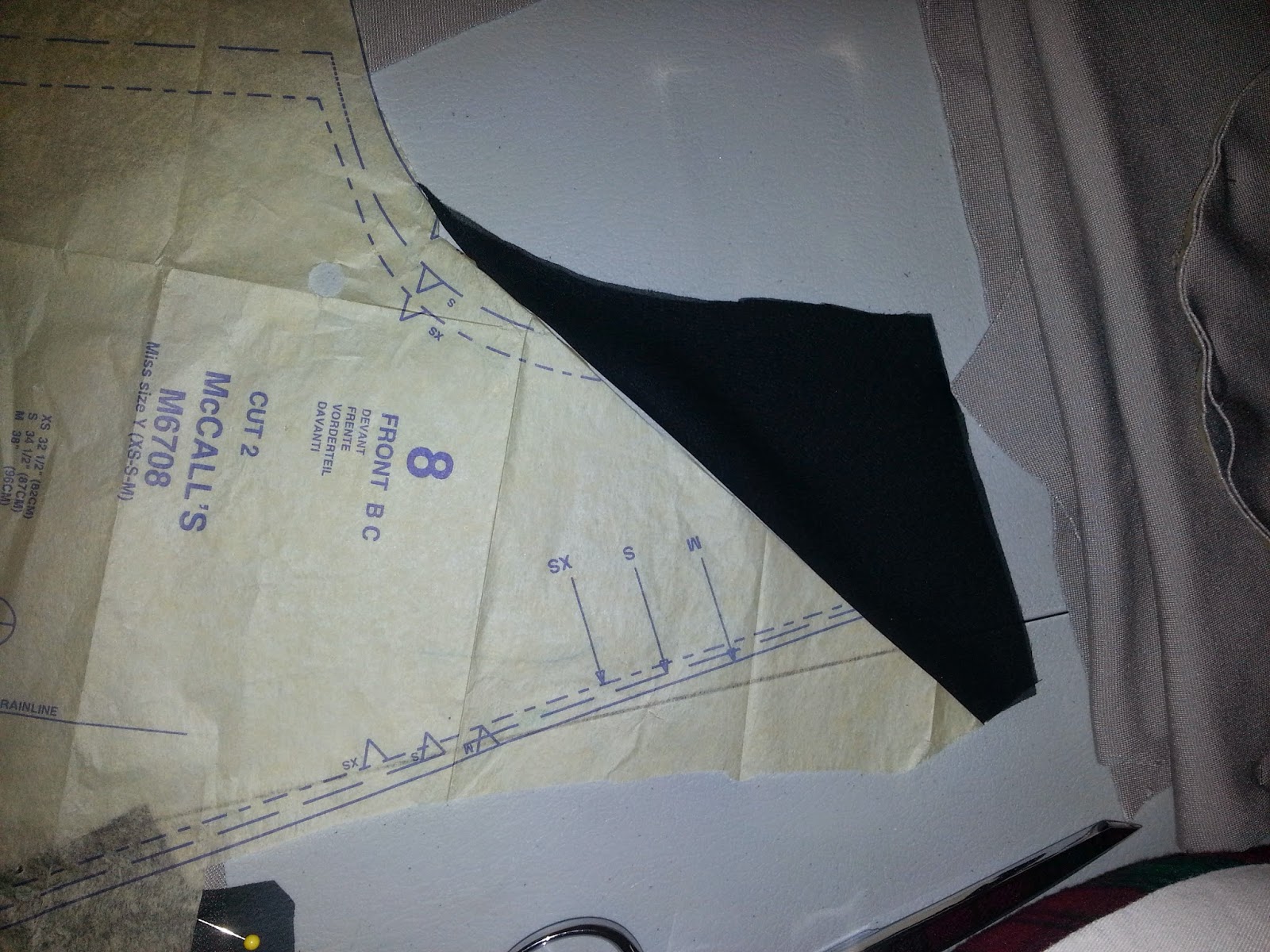 I cut it so the bottom of the corner edge was on the fold.  I sewed with the piece open along the bottom fold, folded it up (so there is no topstitching needed) and secured the outer edges into the shoulder and armhole seams.  It worked perfectly. 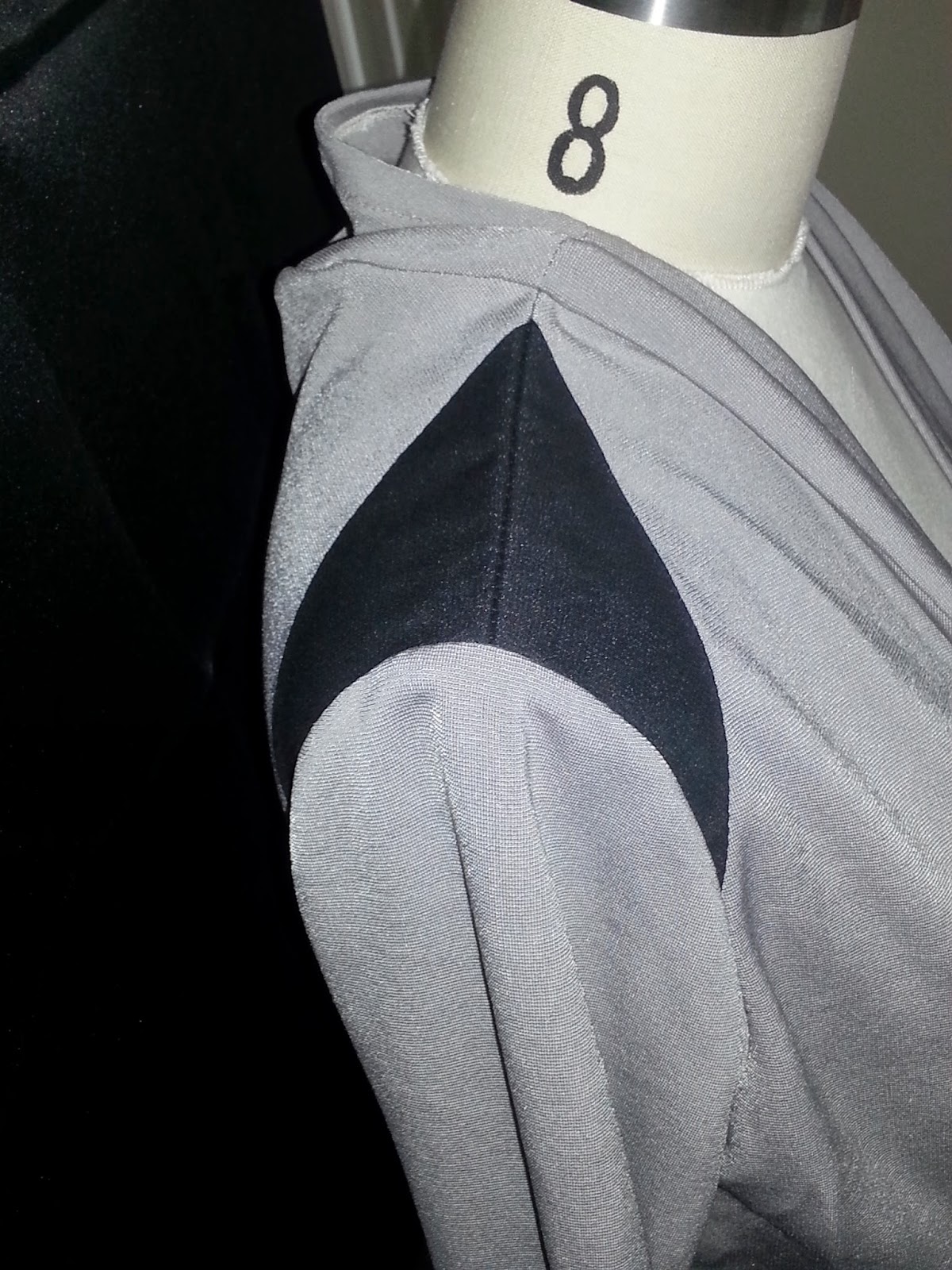 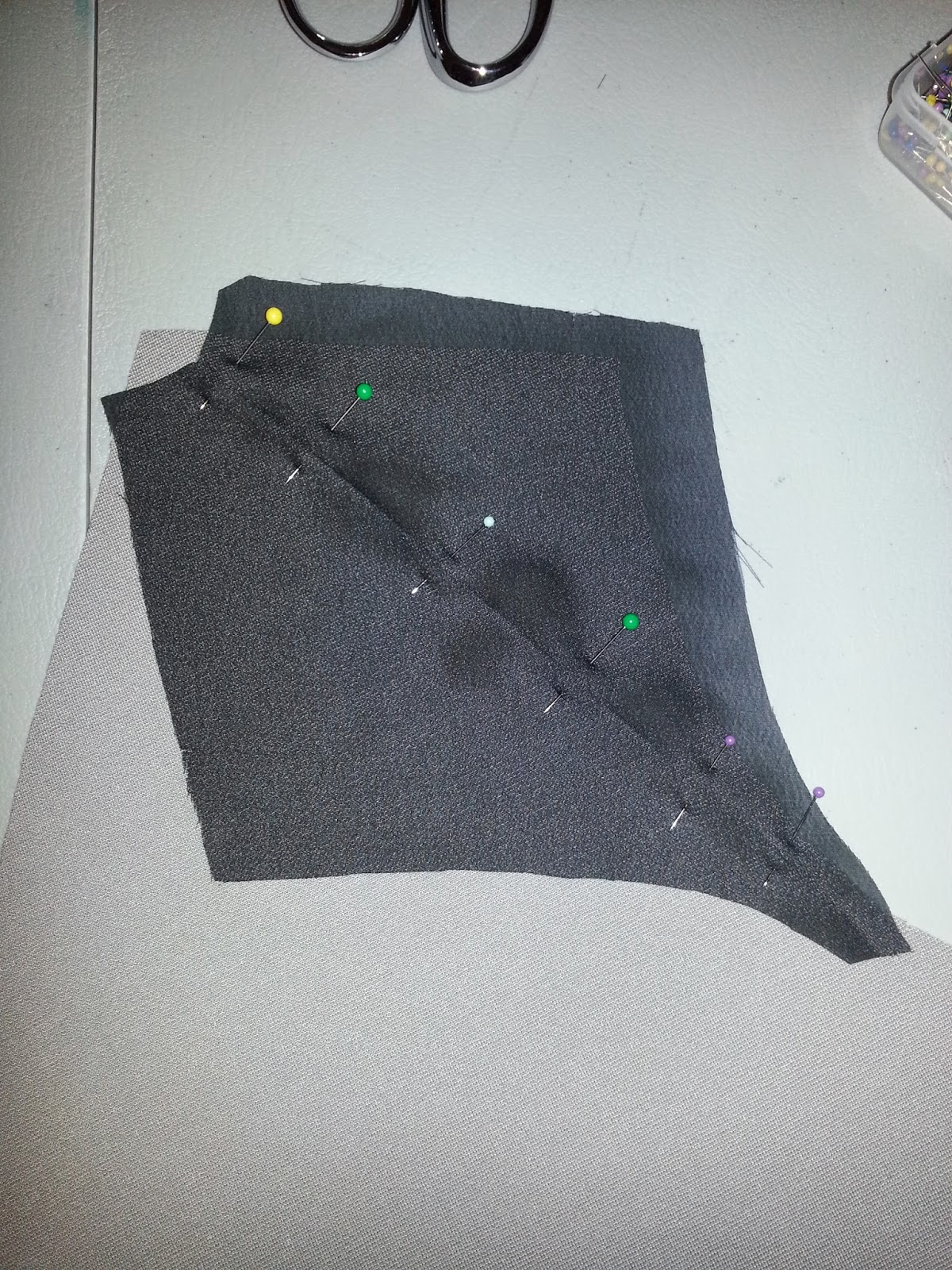 This is really comfy, was super easy to make and was a great fit for pregnancy and the winter season.  You know it turned out well when your high school students notice it and compliment it!  I usually wear it with a belt or ribbon tied around the waist and it looks great.

Thank you Abby for sharing this pretty cardigan.  I love it!