Sewing Fashionista Joanne has written her first pattern reviews for

The fabrics she selected are 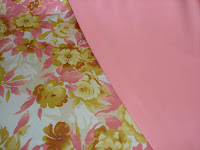 I wanted to make something full so that it would be easy to move in and easy to walk with a long stride.  I chose a Burda Style skirt from February 2010, style 103 and a cotton print for ease of care.

The first step was to draw the pattern and this pattern being as full as it is, is hard to locate in pieces on the Burda map and then put together to make the front pattern piece.  It cannot be cut on the fold because of the placement of one pleat and then a fold over pleat. 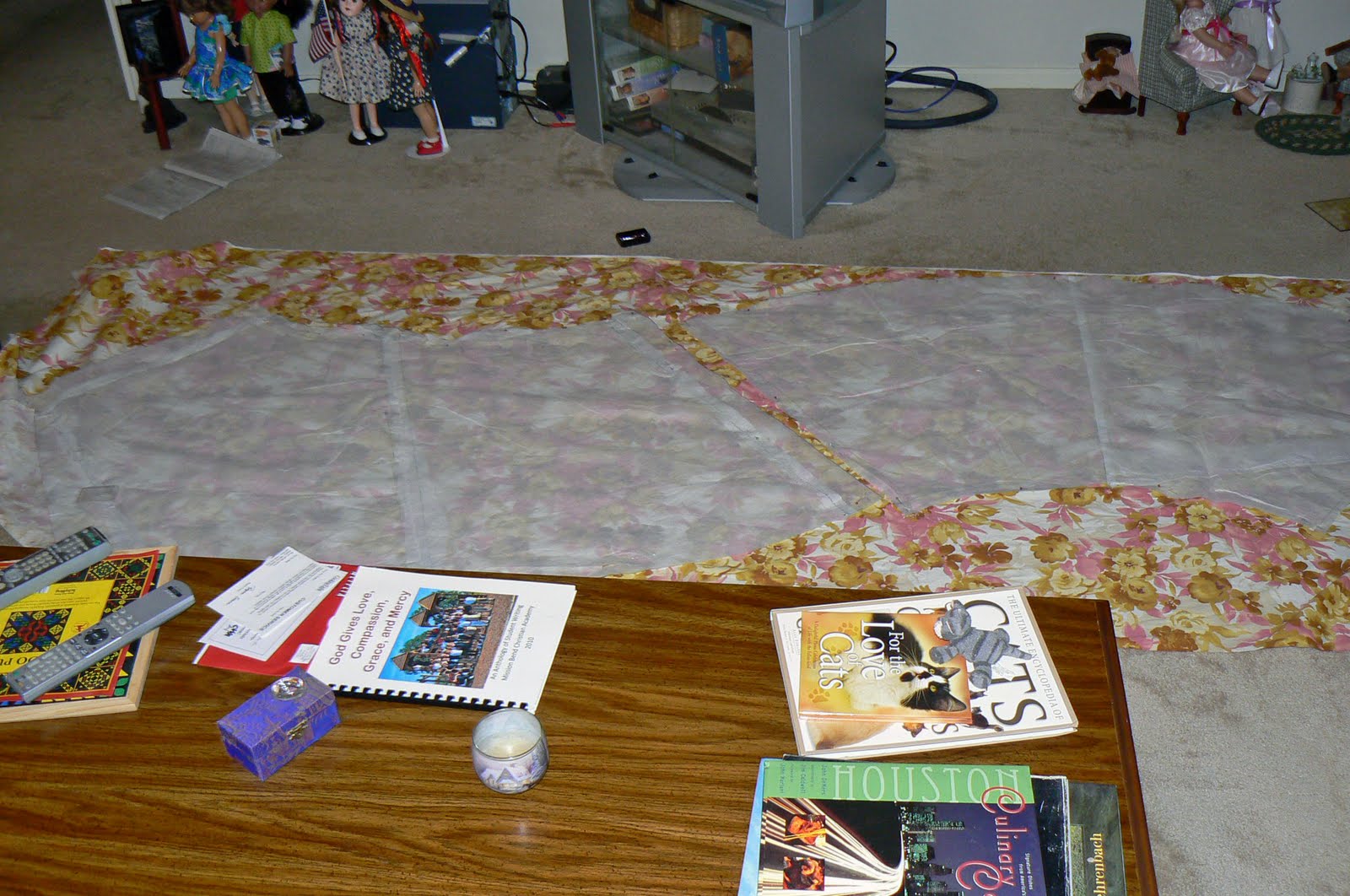 The layout required a single layer of fabric and there is not a table in my house that is that large.

I marked the center front and the pleats. 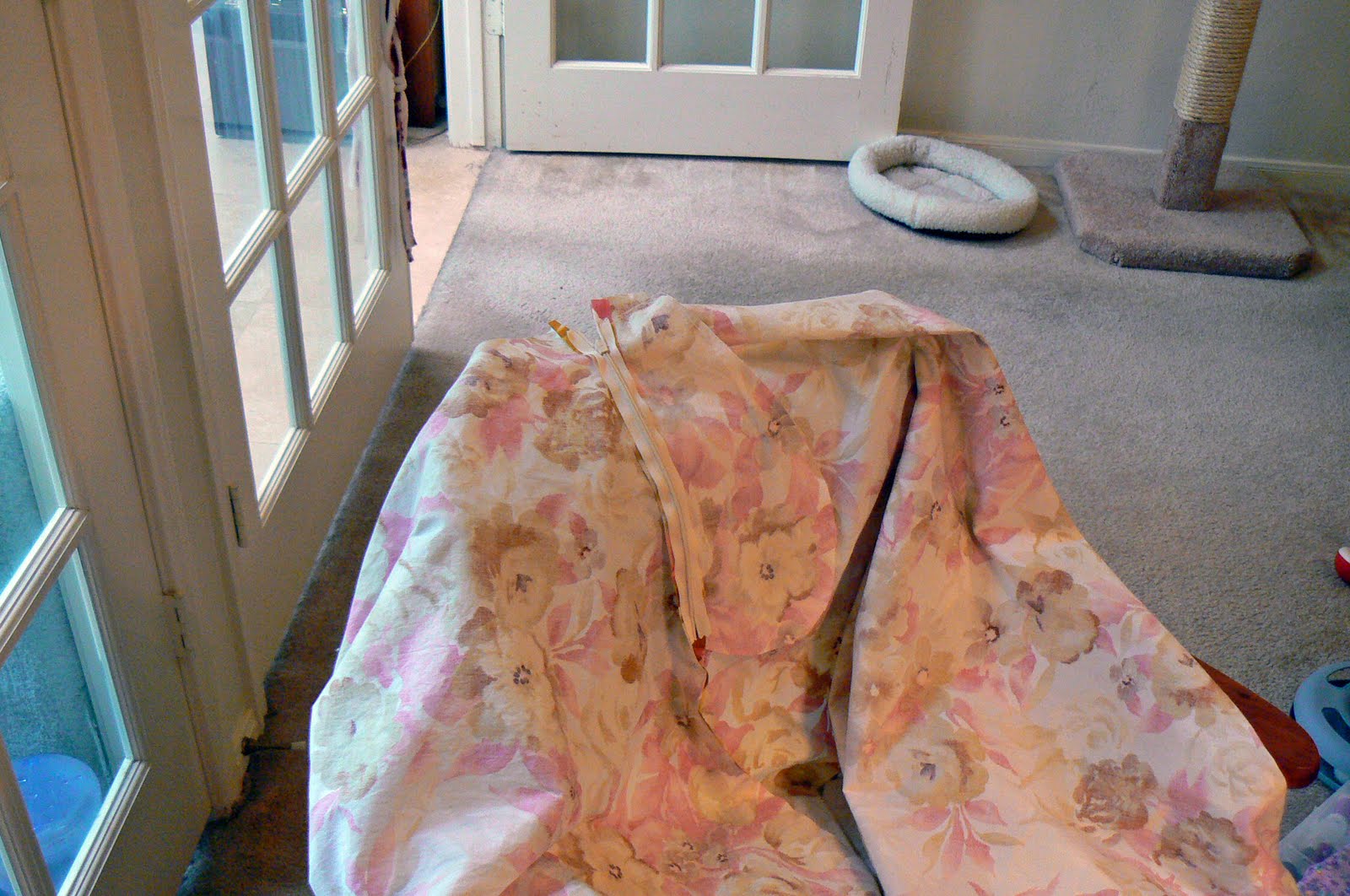 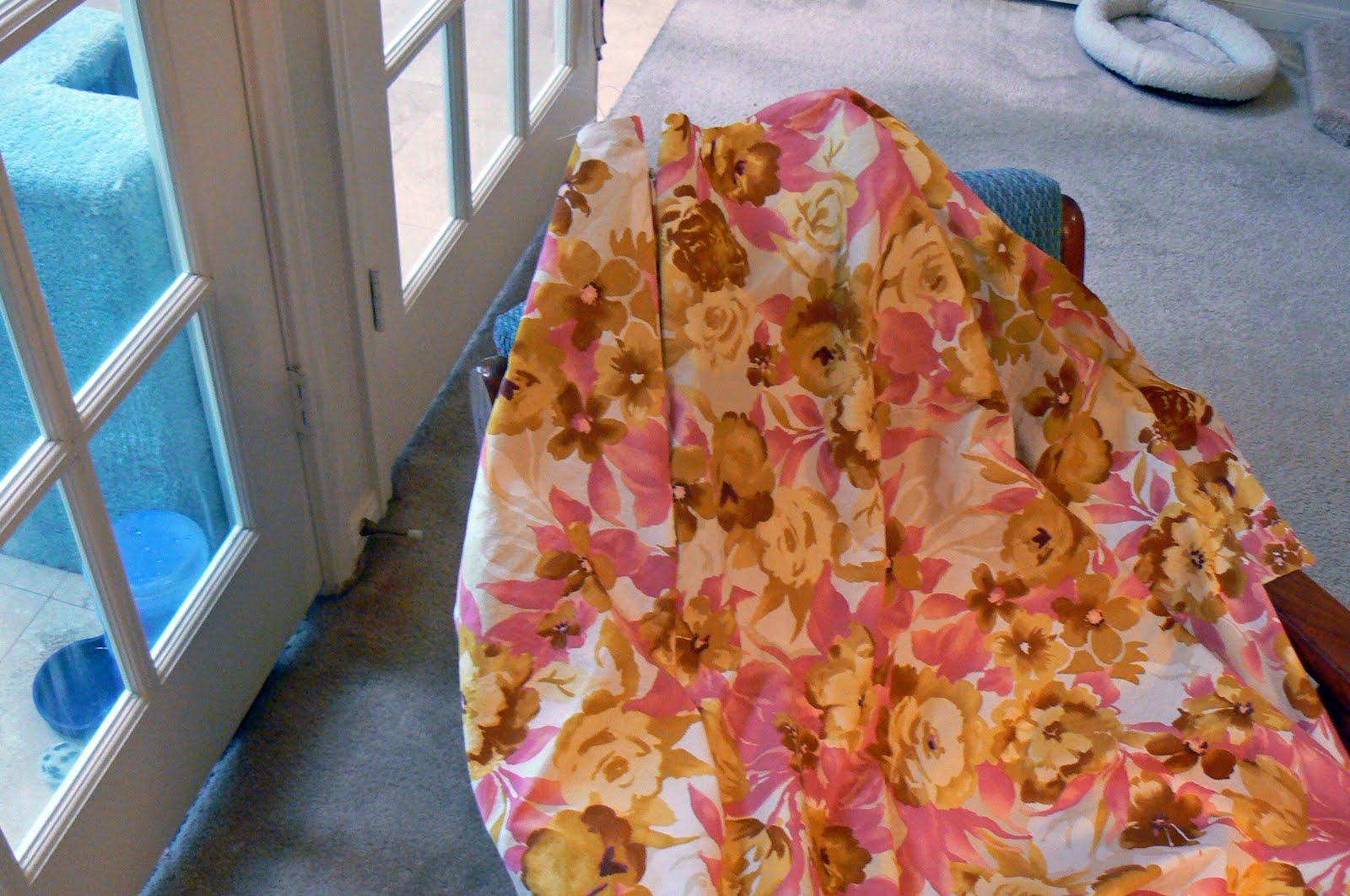 Then the directions made perfect sense and I was able to make the pocket on the front
of the skirt and put an invisible zipper into the skirt before completing the side seam.

Now I was ready to roll.  The hard part was done.  The lining was constructed by just stitching side seams leaving it open where the zipper would be.  Then the lining is attached to the skirt before the pleats are made. 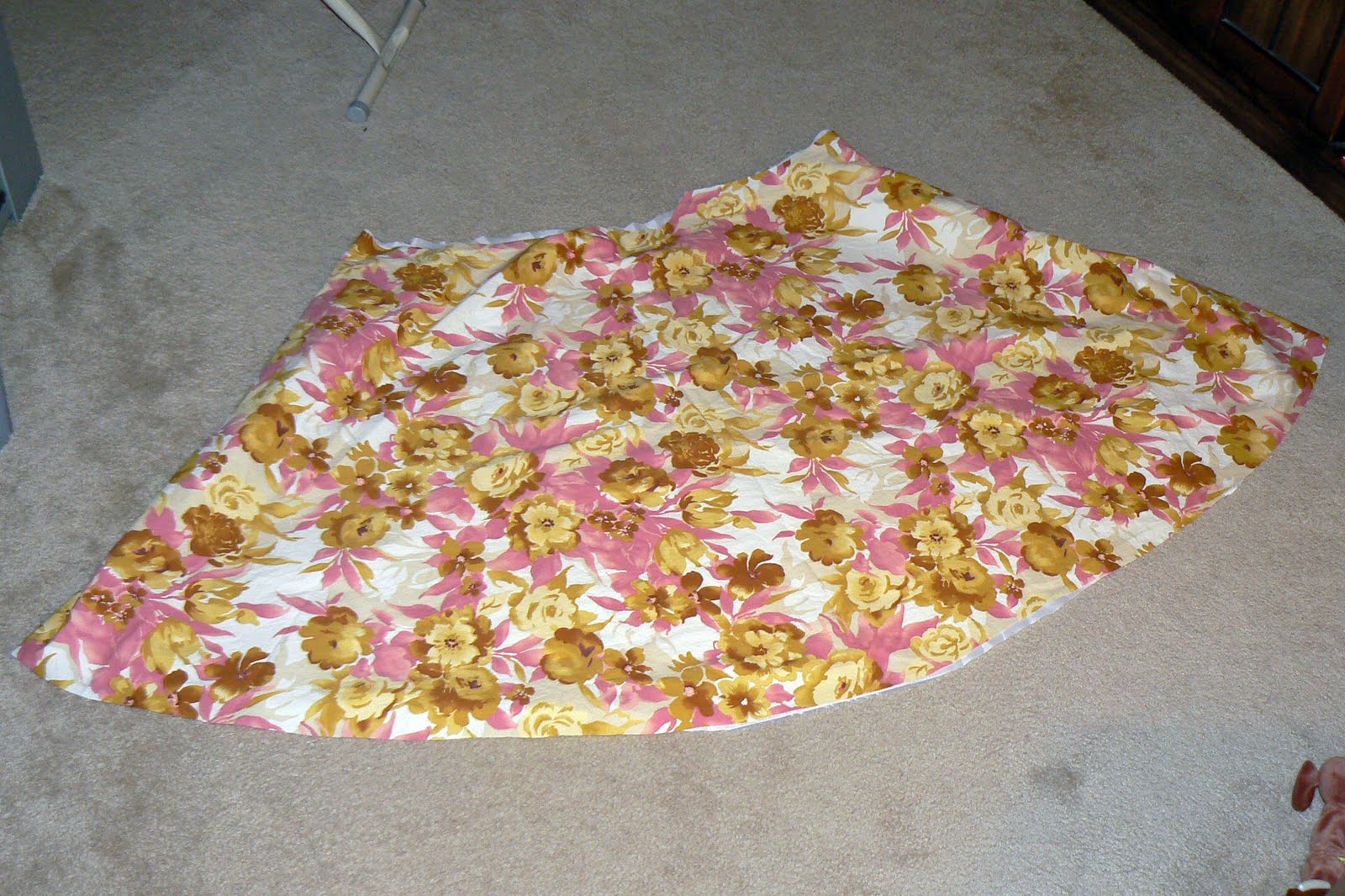 There are two large pleats in the back. In the front there is a pleat that is covered by a large center fold. 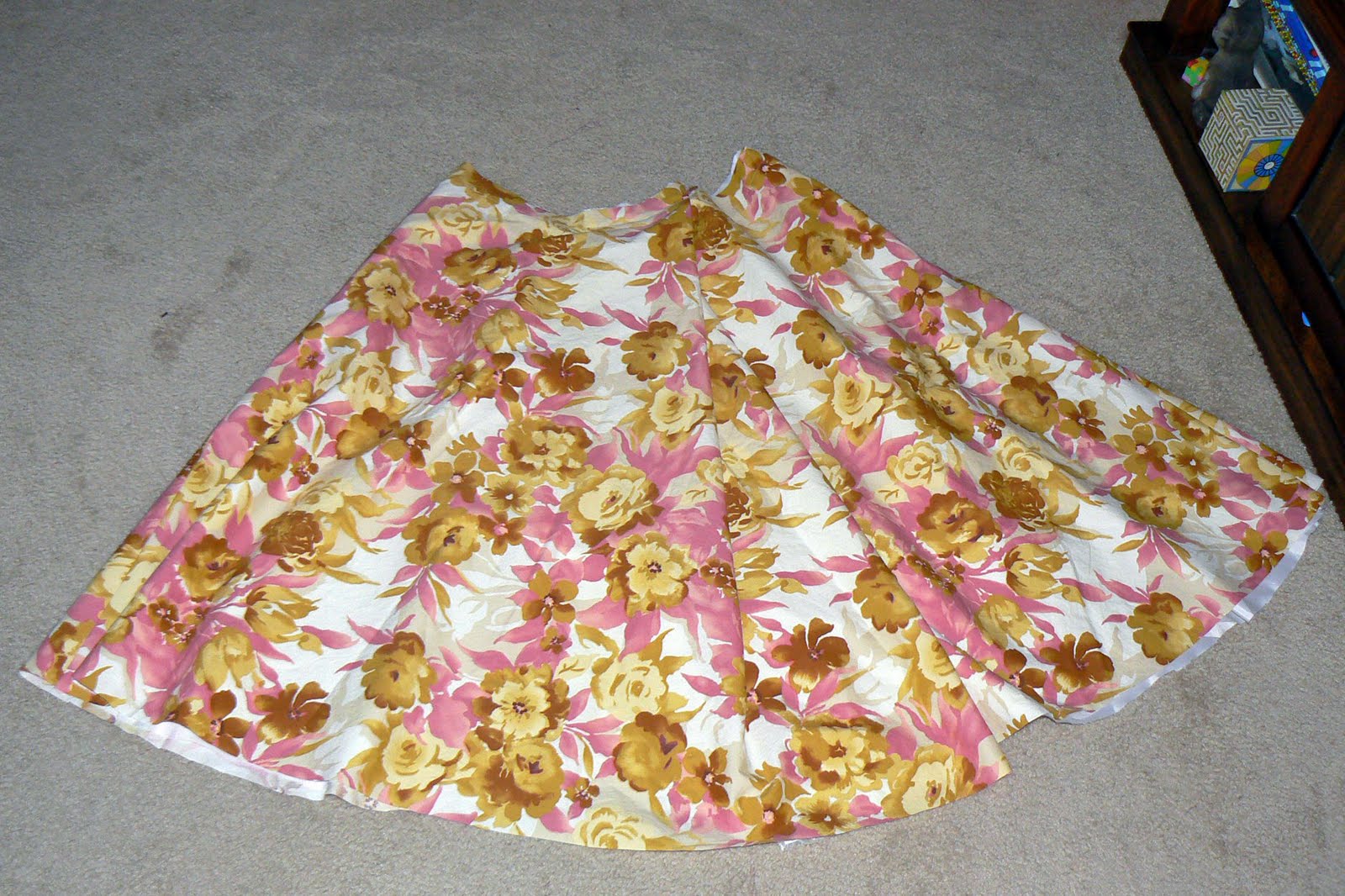 Then I tried the skirt on with a elastic band marking my natural waistline.  Then my husband drew a line along that band and I cut off the skirt 1/2 inch above the line. This is how I fit for a high right hip.

After I attached the waistband, I got help from a friend and we decided that an up to date length for me would be at the bottom of my knee.  She put a row of pins 18″ from the floor.  I turned the hem and trimmed it 1-1/2 inchs then blind stitched the hem by hand.   No skirt is complete without lace and a bow. 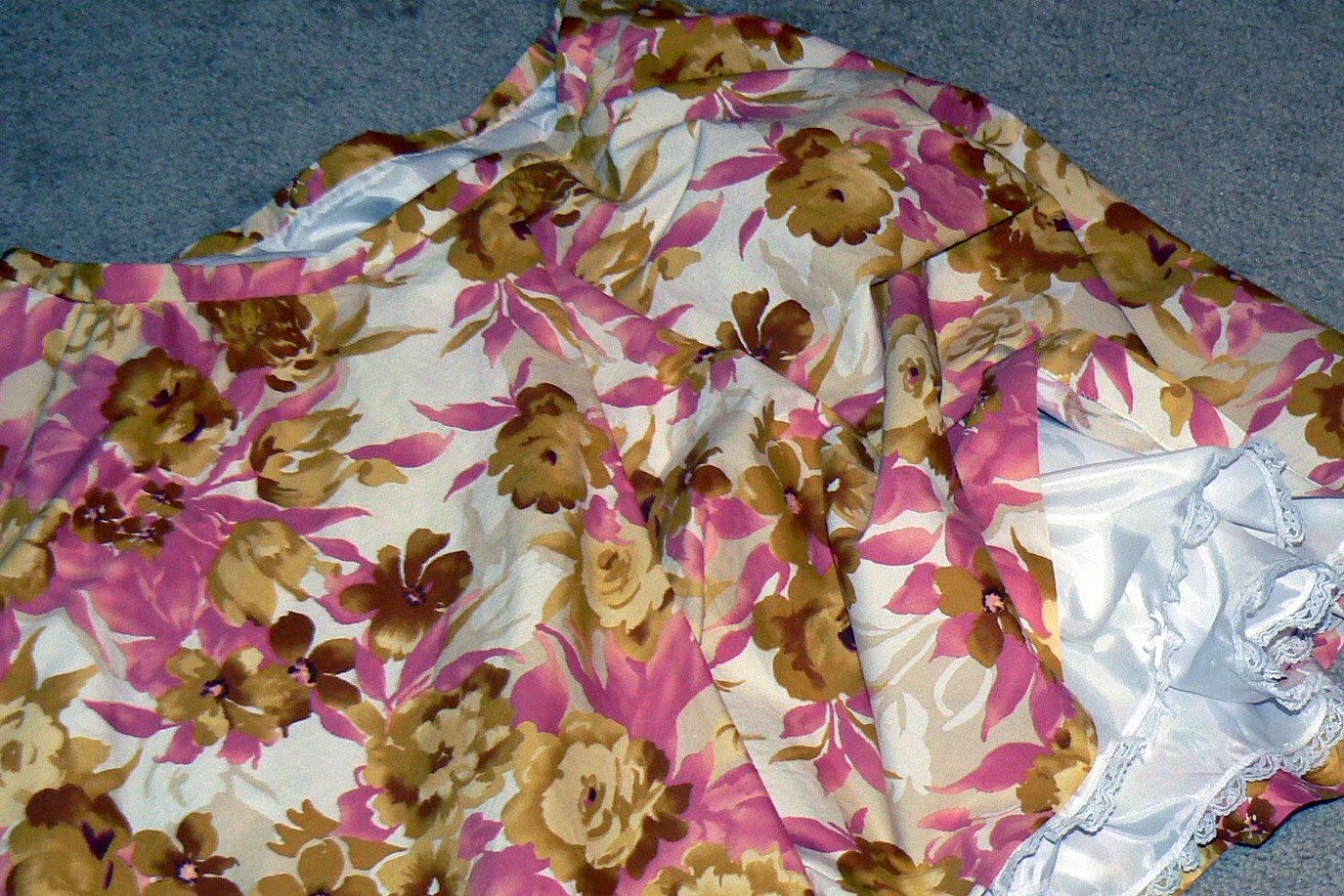 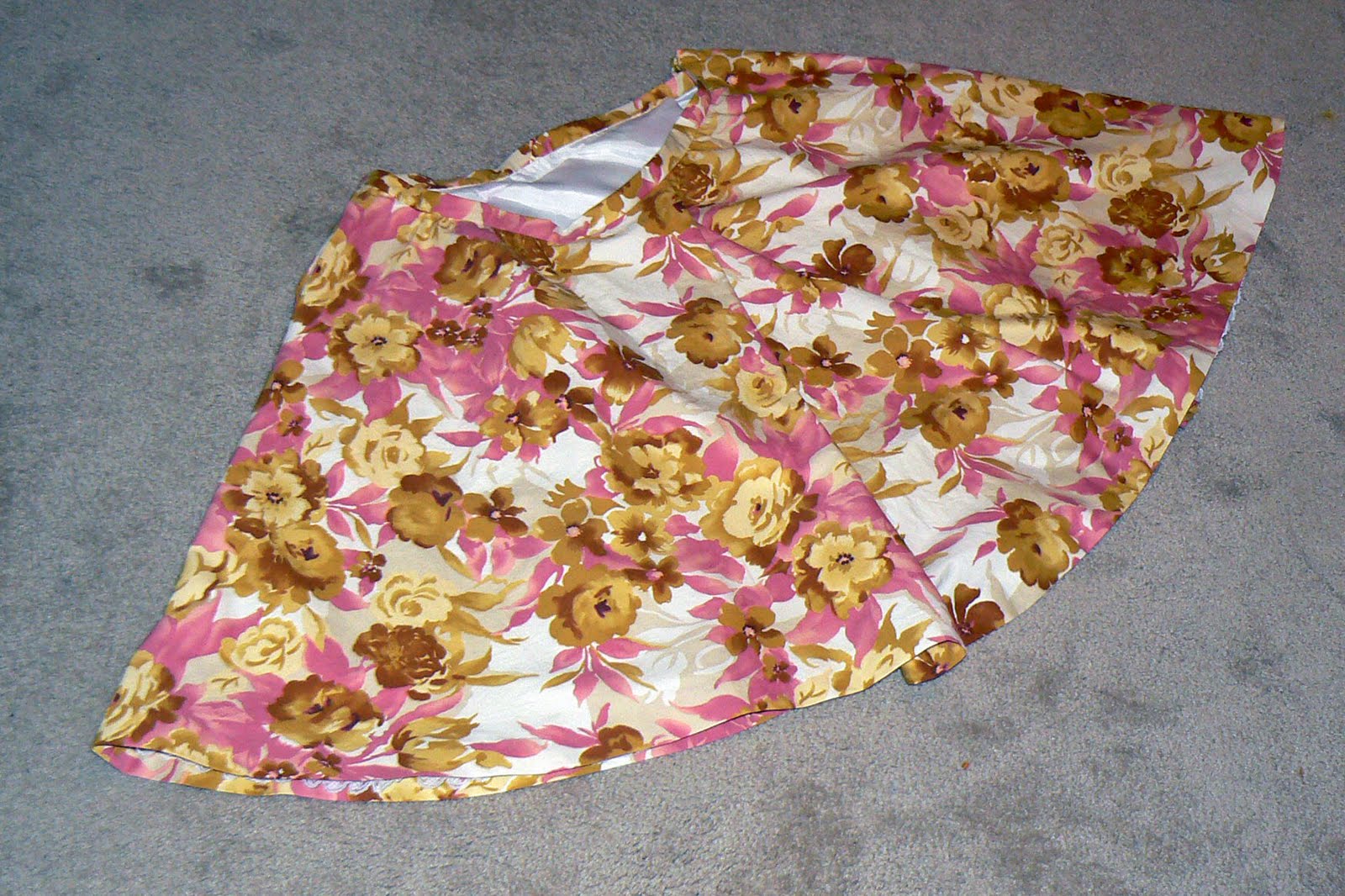 This past weekend I made Butterick 5354 a french pink knit top to wear with this skirt.

I had trouble folding  a straight line with the French Pink Knit.  Roz suggested I mark a straight line and use that as the center while I cut the front and back on a single layer of fabric.  When I followed that idea I was able to cut a front and then a back that would fold straight at the middle.

Then the next important step was to carefully mark the pleat lines and match them to make pleats along the curved neckline. 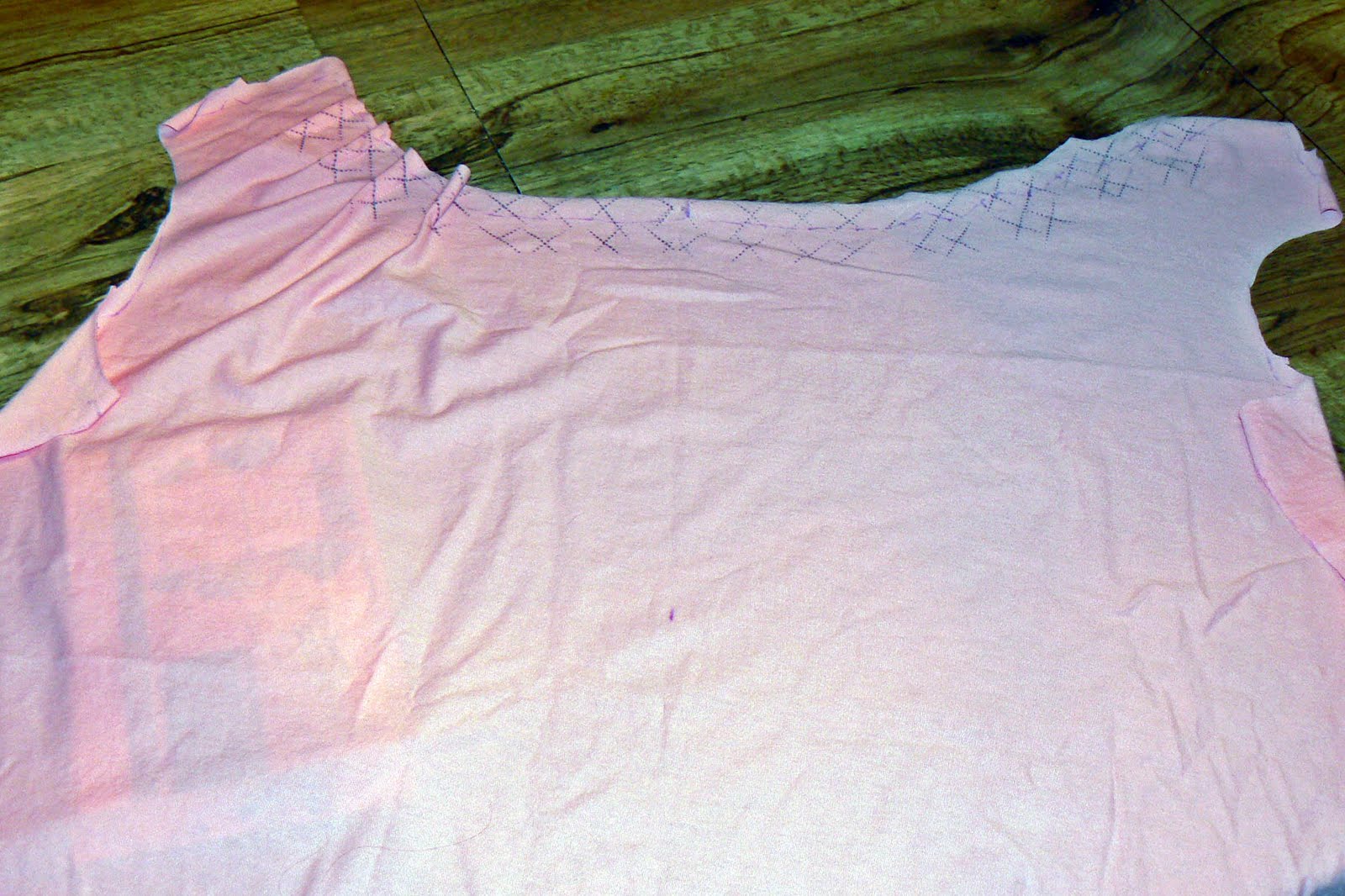 The sleeve is more of a sleeve cap and has to be put on before the side seam is completed. 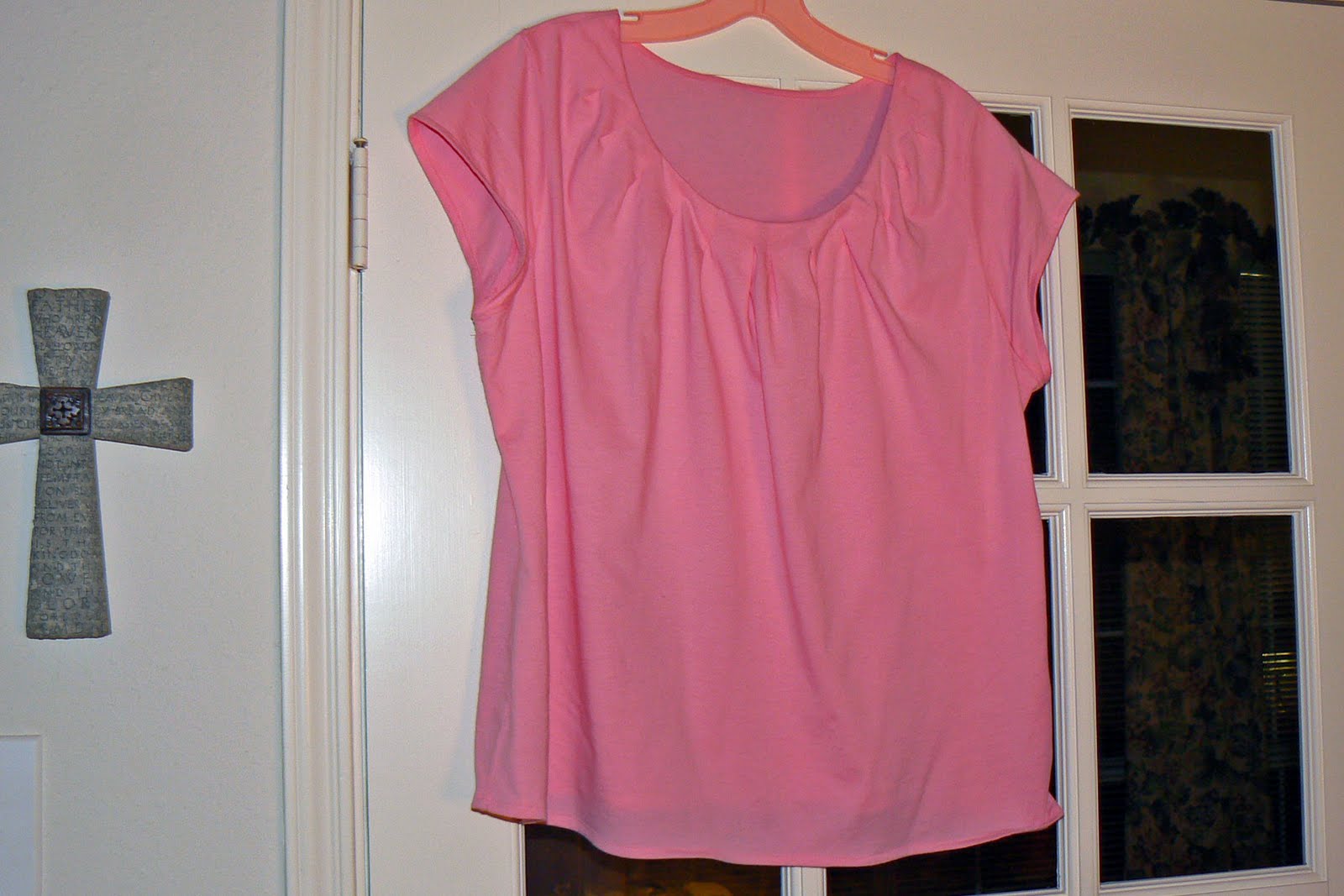 The only thing left was to decide shirttail in or shirttail out.  I see many t-shirts out over skirts.  But I am more of a shirttail in and Oprah says to define your waist even if it is not the size you dream of. 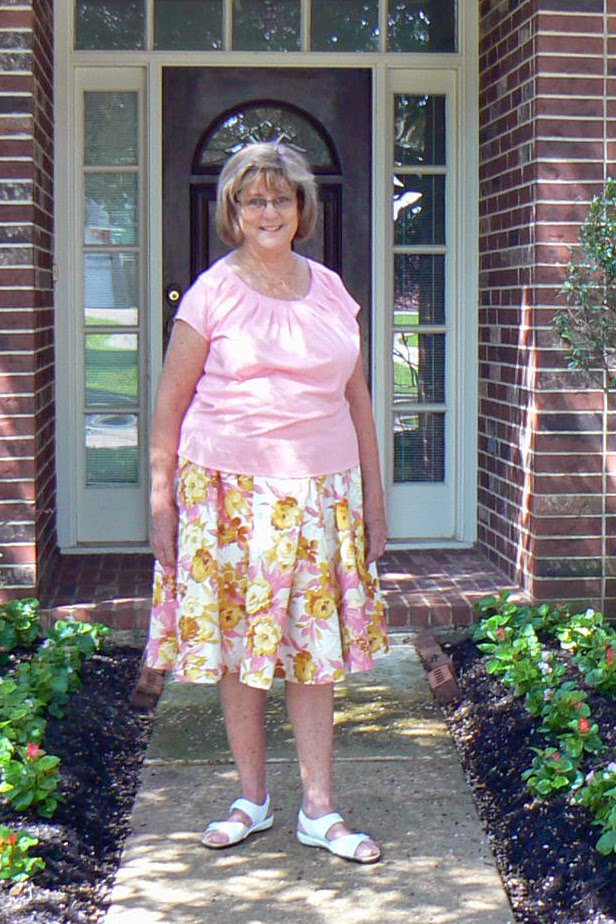 So I wore it shirttail in. 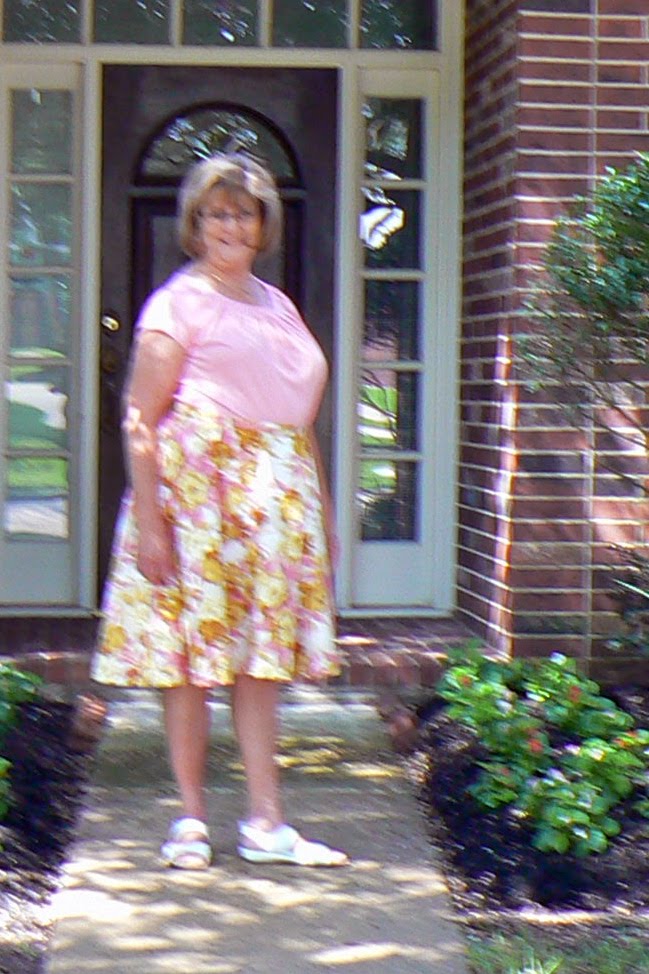 Thank you Joanne for a wonderful review.  I’m looking forward to the next one!